Boxing: Jake Paul, tongo or KO of the year? They accuse the youtuber of a fix before his brutal right hand to Tyron Woodley 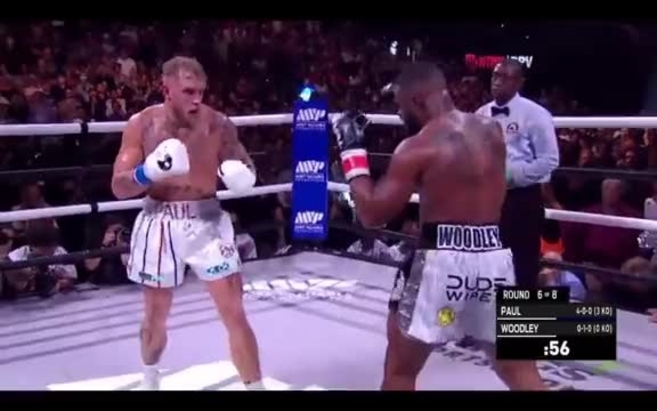 Jake paul He is already becoming better known for his career as a boxer than for his role as youtuber with which he rose to fame. The American has

Jake paul He is already becoming better known for his career as a boxer than for his role as youtuber with which he rose to fame. The American has a professional record of five wins and no losses after the brutal KO Tyron Woodley in the sixth round of their fight after a great right hand.

A blow that, however, is not without controversy after some images that have appeared on social networks and that have raised suspicions about the legitimacy of Paul’s victory.

Thousands of users have indicated that in the video strange movement of Paul’s right hand is seen and they relate it to a possible gesture agreed between the two fighters so that the UFC fighter would go to the ground in Paul’s next blow.

Pictures show as Paul turn your right hand twice before arming the arm to give the blow that would end up hitting the face of his rival. “It looks like a sign. Woodley was bought to eat that punch“, a user has assured.” Paul turns his wrist and Woodley lowers his guard at that moment, if that is not agreed I do not know what would be, “says another.

The referee had to stop the fight and, while Paul celebrated his blow on the ropes, the doctor treated Woodley on the mat, who was slow to rejoin. Thus, 24-year-old Paul defeated former UFC champion Woodley for the second time in four months, following his split decision victory in August, and improves his professional boxing record to 5-0.

Tags: sports Center, boxing
Boxing: All in the weight for the evening of Bada del Valls
Boxing: Kiko Martnez defending her world title on March 26 in England
Boxing: Mriam Gutirrez, before another great world fight
BOXING 1345