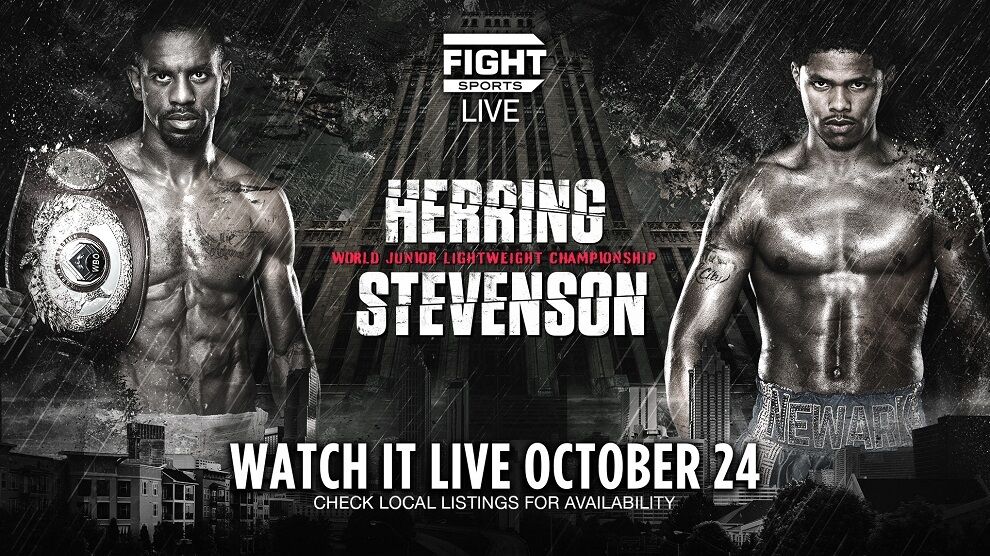 The champion, also an Olympian but in London, is left-handed and a marine, since as he says, one is never an ex-marine, one always is and boasts of it. Jamel Herring enlisted in the US Marine Corps in 2003 after the September 11 attacks and remained there until 2012, stationed for several years in Iraq, of which he is very proud.

He intends to triumph in boxing and transcend as much as two other illustrious marines, the heavyweights Ken Norton and Leon spinks.

Although the candidate is a clear favorite to snatch the crown from Herring, the New York fighter aims to defeat Stevenson by giving a great image like the one he offered in his last fight by knocking out the Northern Ireland. Carl Frampton, in the third defense of his belt.

The champion believes that he is not being taken into account, that he cannot get the full confidence of the fans, and therefore needs a resounding victory.

Despite being the father of six children, he always goes out to the ring thinking about his absent daughter, Ariyanah, who died in 2009 at two months of age due to sudden infant death syndrome, and whom he never forgets like his comrades who died in military campaigns. It fills him with energy.

After signing with the great promoter Top rank In 2018, Herring remains unbeaten and with all four world titles on the showcase. One of his dreams is to unify the crowns, something in which he will pioneer on Long Island. In that New York island they have only managed to be world champions, but of a single organism, the superlight and wlter Buddy mcgirt and the superlight Chris Algieri, so Herring yearns to win and challenge some of the other super featherweight champions.

Could be the mexican scar Valdez, but for now he must beat Stevenson. Let&#8217;s go to the State Farm Arena first this Saturday and enjoy a spectacular match.

We will experience it exclusively at dawn from Saturday to Sunday on Fight Sports Max, the Brand channel that broadcasts the best world boxing matches and other combat sports, for only 4.99 euros per month.

Tags: sports Center, boxing
Boxing: Lejarraga vs. Flatley and a very interesting poster at the Bilbao evening
They supervise the level of Puebla boxers to form a state selection
Boxing: Eggington hailed by promoter for throwing 1,317 punches against Jkitou
BOXING 960