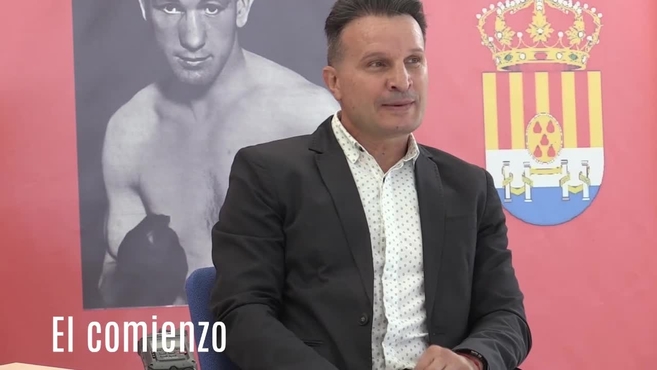 Javier Castillejo He has been the most awarded pgil in the history of Spanish boxing. Eight titles of the world in two different weights (superwlt

Javier Castillejo He has been the most awarded pgil in the history of Spanish boxing. Eight titles of the world in two different weights (superwlter and a half), six titles of Europe superwlter, in addition to other national titles that have made him a legend of our boxing.

A few days ago I picked up Sigs (Zaragoza) the ESPABOX-IGNACIO ARA Trophy, recognizing him as the best Spanish boxer of the year in eleven different years, between 1991 and 2007.

There he told us about his first world championship against the Argentine Julio Cesar Vsquez, which gave him a lot of experience despite the defeat, the last one achieved in Germany, with 38 years before Felix sturm and that later it retained before Mariano Carrera, before losing it with the own Sturm.

And he recalled his best moments in boxing and his triumphs, along with the worst moments before getting his sixth European title that led him to play the World Cup against Keith mullings, and all subsequent successes.

I remember that cow fridge that gave him extraordinary energies to reverse an almost terminal boxing situation.

The best boxing matches and contact sports on Fight Sports Max, the Marca channel, for only 4.99 euros per month

Tags: sports Center, boxing
Boxing night by Meridiano Tv | Other Sports 123
Boxing: Tyson attends a comedy show and suddenly a gun is pointed at him!
Boxing: The pairings of the Spanish team in the Belgrade World Cup
BOXING 2595