Boxing: Jennifer Miranda hopes to play the European or a World Cup 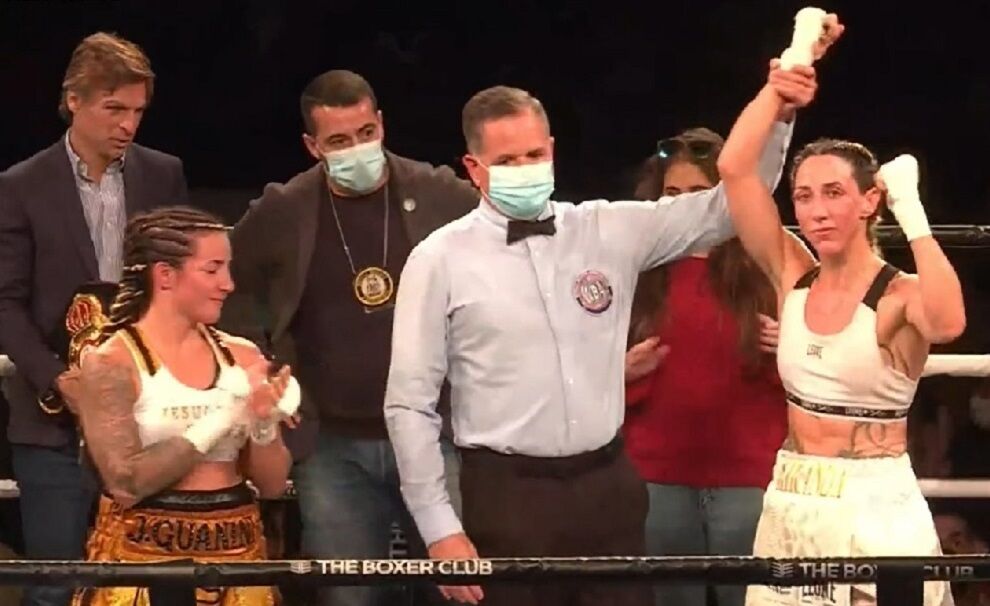 TOnight at the Movistar Academy Magarios pavilion in Madrid, the nine-time amateur champion of Spain and two-time professional Jennifer miranda disputed the most important professional fight of his career so far, against the former super flyweight world champion, Argentina Jorgelina Guanini, and to see it, eight hundred spectators filled the room.

A WBA intermediate title was at stake in the featherweight category, and the Sevillian Jennifer “Storm” Miranda (6-0, 1 KO) won on points to Jorgelina Guanini (9-3-2, 1 KO) in a ten-round, two-minute fight.

From the beginning, the enormous difference in size between the boxers was evident, the Spanish being much taller and with the ability to box at distance. The first rounds began with the typical study, with good use of the jab by Miranda to keep Guanini at a distance.

The Argentine was looking for the short, with more and more insistence from the third or fourth round, sometimes exposing herself excessively and causing many interruptions because the Argentine&#8217;s head used to enter towards the abdominal height of the Spaniard, who controlled well this first half of the game. combat.

It was a close match, with multiple grabs. The eighth was the round where the Andalusian found the best way to receive Guanini, hitting with a strong and precise hand that made the Hispanic American back down.

Now, Miranda look for an opportunity by the European title featherweight, whose champion is the German Nina menke, or even the WBA world title, where the Mexican reigns Erika Cruz Hernndez &#8220;Dynamite&#8221;.

Loading...
Newer Post
What the hell is this? A golf course employee shares a strange tip she received from a customer
Older Post
NBA: Nets regain optimism with Kyrie Irving and hope he plays soon