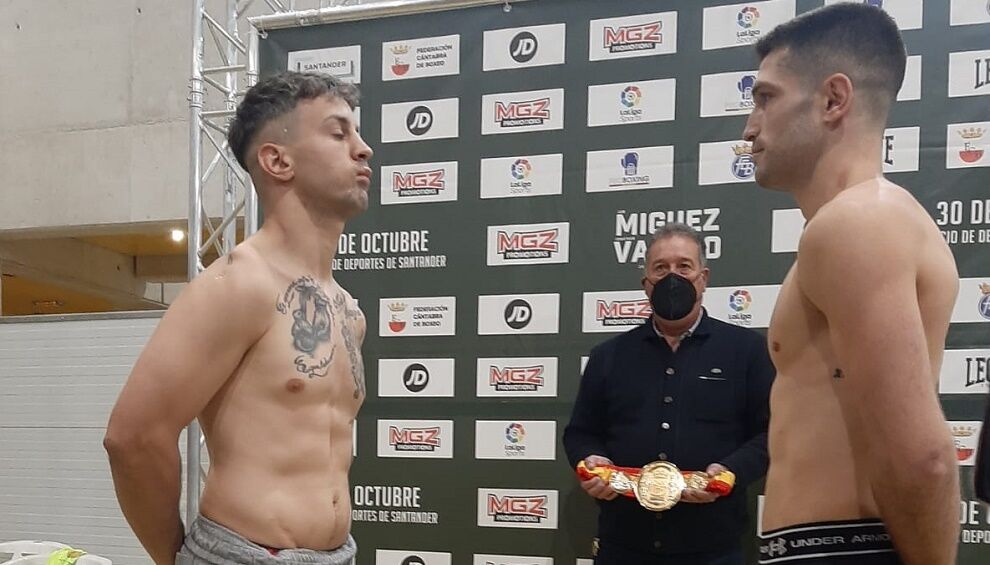 Maana saturday, at the Palacio de los Deportes in Santander, the champion of Spain of the wlter weight, the pgil of Castro Urdiales Jon mguez (14-0

Maana saturday, at the Palacio de los Deportes in Santander, the champion of Spain of the wlter weight, the pgil of Castro Urdiales Jon mguez (14-0, 6 KO) defends his title for the first time against Zaragoza Jonathan Valero (10-6-1, 3 KO).

Mguez won the crown last April, knocking out the Valencian in the eighth round Ricardo Roser, in a hard and vibrant combat.

Now, in this voluntary defense, they are seen before the Mao Valero, who has once disputed the title of Spain against the previous champion, the Asturian Aitor Nieto in 2018, losing by TKO in the fourth round.

Nieto left the crown after his sixth belt, reaching the throne the castreo Mguez.

Part with advantage Mguez, for champion and local, and also for his strength and good boxing. Valero is a brave and dangerous pgil who gives everything and a fight of much struggle is expected where the balance can be tipped towards the most puncher, the champion Mguez.

At the gala there will be three other professional matches: The Colombian-born Cantabrian, Santiago Vanegas (5-0, 1 KO), face the Italian Andrea Lo Sicco (0-2-2) at 6 rounds, at super bantamweight. The dominican Salt Moon (5-2, 1 KO) meets Ukrainian veteran Artem Ayvazidi (12-21-1, 5), 6 rounds into super lightweight, and the Basque Jokin garca (1-0, 1 KO) fight with the Ukrainian Evgen kostenko (1-0, 1 KO), in an undefeated bout agreed to 4 episodes within the lightweight division.