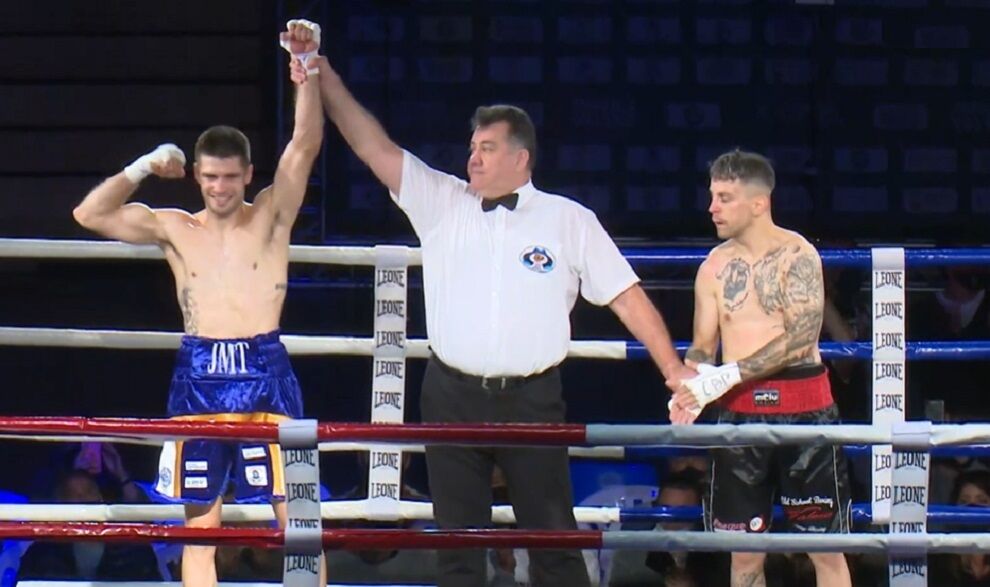 ANDhe castreo Jon mguez (15-0, 7 KO) didn’t have to try too hard to defeat the Zaragoza challenger Jonathan Valero (10-7-1, 3 KO) in the first defense of his title in Spain wlter, which was played tonight at the Palacio de los Deportes in Santander. It was a gala promoted by MGZ Promotions.

Castro Urdiales’ pgil came out calm in the first round taking positions to begin the bombardment of the volunteer candidate Valero. Already in the first three minutes, a hand from Mguez knocked down the mao, although the referee Mr. Maritxalar considered that the fall caused her to slip. Valero went to his corner aware that Mguez was beginning to hurt him with crushing blows to the body.

In the second round, Mguez let go and arrived with a firm combination topped with a left crochet that felt the challenger on the mat. It was the end, Valero listened to the full account, knowing that the combat was no longer giving more than himself, the forcefulness of the cntabro was enough for the confrontation to end so soon.

Mguez already has two titles from Spain and will be able to make the second defense against Madrid’s Aarn Alhambra.

In other matches of the evening, the local fighters had to really work to meet their commitments. Two tough Ukrainians and an ambitious Italian made the fights laugh.

The Basque lightweight Jokin garca (2-0, 2 KO) beat Ukrainian by abandonment in the third round Yevhen Kostenko (1-1, 1 KO), after he held many very powerful hands, showing great strength. In his corner he was advised to stay between the second and third rounds.

At super bantamweight, Santiago Vanegas (6-0, 1 KO) defeated Italian on points in six rounds Andrea Lo Sicco (0-3-2, 0 KO), knocking down a brave transalpine in the third, who sought victory in a highly competitive fight.

And the Dominican lightweight resident in Vizcaya Salt Moon (5-2, 1 KO), defeated Ukrainian veteran Artem Ayvazidi (12-21-1, 5 KO), who fought for the victory against stylist Luna and managed to get the judges to disagree and give the local victory by points in a split decision, after six rounds.

Tags: sports Center, boxing
Canelo Alvarez vs. Andre Ward would be a mega business for both fighters
Boxing: Tyson Fury reassures about his daughter’s condition and her father questions the fight with Wilder
Boxing: Sergio Garca awaits the date of his world elimination
BOXING 886