Boxing: Joshua and Usyk, face to face: “Be champion for the third time” 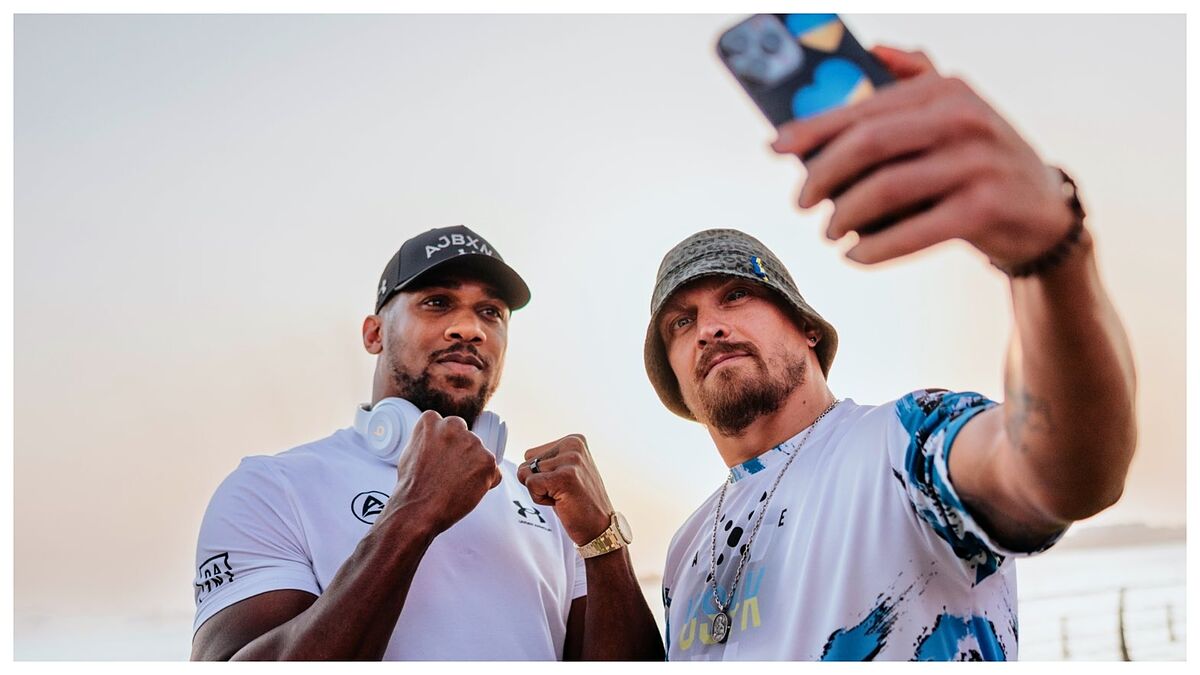 ANDhe 20th of August the second installment of the rivalry between Oleksandr Usyk and Anthony Joshua in Jeddah (Saudi Arabia), a rematch that was d

ANDhe 20th of August the second installment of the rivalry between Oleksandr Usyk and Anthony Joshua in Jeddah (Saudi Arabia), a rematch that was delayed after the Russian invasion of Ukraine, which forced the new heavyweight champion to return to his country. His previous fight, in which ‘The Cat’ won by a clear and fair unanimous decision, dates back to September of last year and since then the former British champion has thought of nothing but recovering the three belts he lost that day in London .

At last, the two boxers have met again, this time in Saudi lands, to present their new stake. Usyk acknowledged that the circumstances “are not the best” for his preparation, but made it clear that he is “working hard.” The king of the category, continued: “As we all know, we are not in the best conditions at the moment at home, but we are doing what we have to do. I work with my team and we do it hard.with our goals. I am not one to give speeches but to work in my training camp and in my gym in silence.”

For his part, Joshua is very focused on making history and reconquering for the second time -the first against Andy Ruiz- and in the same country the belts he lost: “My hunger for victory is still there, I’m motivated. There are setbacks and things happen in life, but resilience, mental toughness, and consistency always win out. I am still on the path of being the undisputed champion. God willing, I will become world champion for the third time.”assured the ex-monarch.

Of course, the one from Watford admitted that his rival was better in the first match: “In the first fight I kicked my ass in a few rounds and I have to take my loss like a man.. I was wrong and I want to reverse this on August 20.” However, AJ now has new weapons and hopes that his new coach, Robert Garcia, help him get past Usyk. Ste, assured about his new pupil: “I see a different AJ. The way he thinks, talks… I fought the wrong way last time.”, But that’s already the past. On August 20 we will do whatever it takes to get those titles back!”