Boxing, K1 and Muay Thai on a mixed billboard in Quito | Other Sports | sports 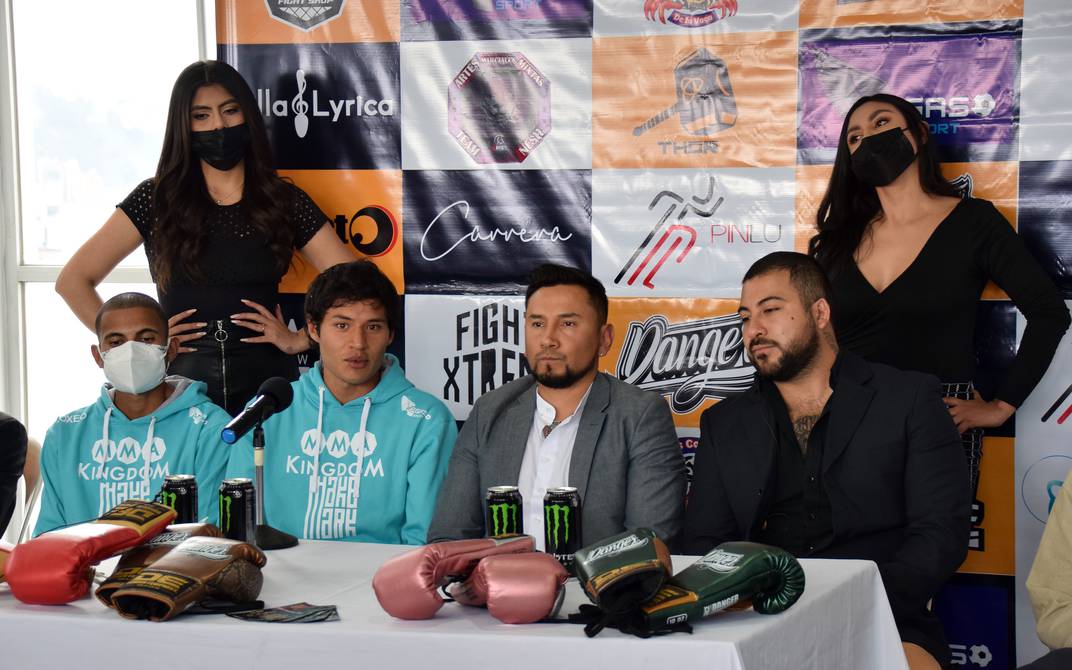 The promoter Century Boxing presents a combination of fights on October 30, the main one will be between Michael 'Lobo' Suárez and the eastern Edil

The promoter Century Boxing presents a combination of fights on October 30, the main one will be between Michael ‘Lobo’ Suárez and the eastern Edilian Sharupi.

In search of promoting new boxing talents, the promoter Century Boxing presents this Saturday a combined card, with Michael Lobo Suárez in the main fight.

The young man from the capital will face his second professional fight, has a victory and aspires to be one of the new figures in national boxing

“I seek to give a show because boxing is the most beautiful art that exists. They are two rivals in the ring, one trying to hit and the other trying not to get hit. Boxing is elegant and I like that, hence my aspiration to be one of the best in the country, ”said the 25-year-old fighter.

El Lobo Suárez has been in the activity for two years. In amateurism he had a fleeting step, there were three fights and he barely made his professional debut in March of this 2020.

“Due to the pandemic, I have not been able to fight often, but I have the support of this promoter company that has managed to open events, that is the best for me,” said the fighter, who in his first sporting facet ventured into kick boxing.

Suárez will face Edilian Sharupi in a fight for 140 pounds (super lightweight), a fight endorsed by the Professional Boxing Commission of Ecuador, Cobope.

Sharupi belongs to the Shuar community and Suárez believes that “it will not go down easy, those from the East are very strong. He has a hard jaw, “said Lobo, who says:” I like good boxing, put my hand strong. That people are getting to know me, because in a few years I will be fighting for the world championships ”.

The undercard will be held at the Nesh gym, in Quito, and in terms of boxing it will feature an amateur fight, three professionals and an exhibition fight, with the reappearance of Alexander Diamante Espinoza (132 pounds), who will face Johan Palma.

“It is a possibility to return to the ring, I was out for almost two years due to problems with my previous promoters, but I am back and very motivated by the opening for this card,” said the national and Bolivarian champion.

Álex Iza is in charge of the promoter, “we want to recover the seriousness of this sport, it is hard because you have to knock on doors, but we know that the work we do is the right one. We started to open the way for Michael, we know he is a champion, that’s why our support with him ”, he indicated.

“We want the entire boxing circle to grow, that all fighters have an opportunity, therefore also the invitation for all promoters, that we unite so that boxing resurfaces,” said the businessman.

The card is complemented by k1 and muay thai fights. “We seek to make an interesting combination with other contact sports, which are attractive to the fans, it will be an interesting mix, the goal is to support all our athletes,” said Iza.

Loading...
Newer Post
NBA: Joakim Noah felt the same with Derrick Rose’s injury as with 9/11
Older Post
‘Yes, we can’, exclaims ‘Chito’ Vera ahead of her battle against Frankie Edgar at UFC 268 | Other Sports | sports