BOXING | Kerman: “Flatley is a warrior, but we are prepared for anything” 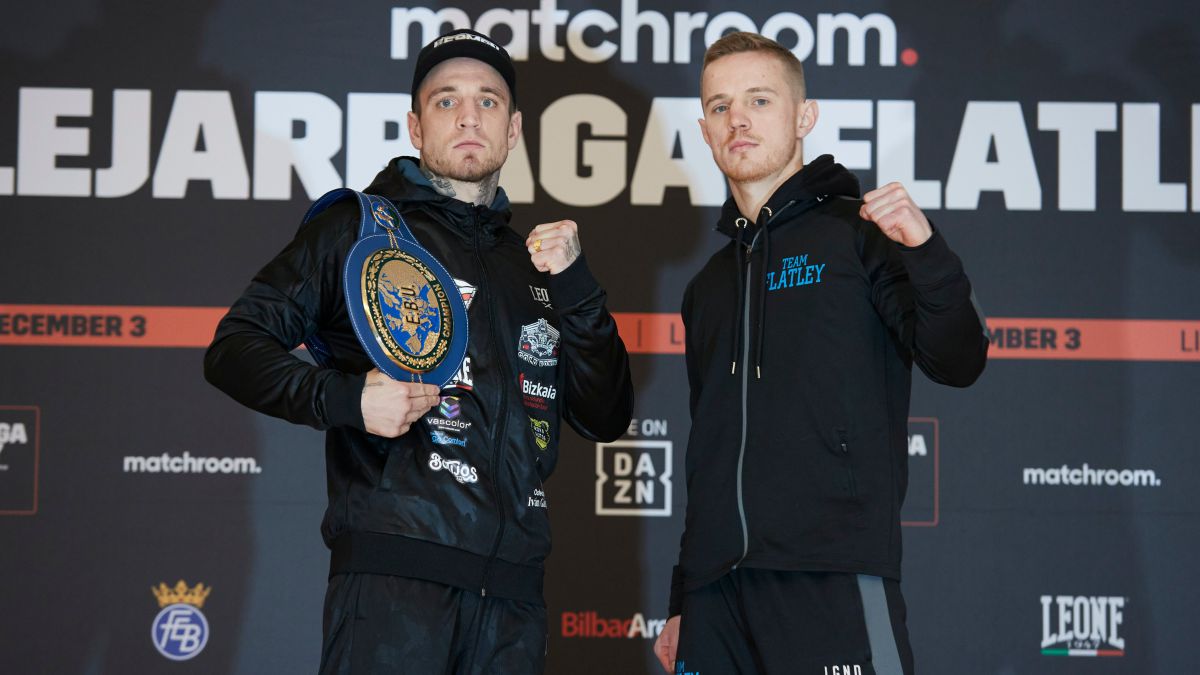 The time is coming. Kerman Lejarraga returns home after more than two years. In Miribilla, where he has lived so many nights of glory. And some

The time is coming. Kerman Lejarraga returns home after more than two years. In Miribilla, where he has lived so many nights of glory. And some bitter too. The ‘Morga’s Revolver’ faces the defense of its European super welterweight champion title against Jack Flatley on Friday evening in Bilbao (6pm CET). Confess to be prepared to hasten if necessary the twelve rounds to which the fight is agreed before what he considers “a warrior”. The English fighter shouldn’t hold his fists, but that’s theory. “He is a strong uncle, who goes to war. But we, whatever the plan, we have worked for what comes,” said the now pupil of Ibon Larrinaga, after leaving the tutelage of Txutxi del Valle, in the presentation of the function organized at the Bilbao Arena by the promoter ‘Matchroom’. This lawsuit against Flatley (17-1, 4KOs) will be the first defense of the continental belt that the Basque boxer conquered on September 11 in Barcelona after defeating Frenchman Dylan Charrat by majority decision.

Lejarraga confesses to being very motivated “and eager to fight at home”. Due to the fact of fighting at home, the Biscayan (33-2, 25 KOs) can come under extra pressure, but he is used to dealing with those circumstances. “Up there we are the referee, he and I and the ones who hit us are us. If I win I will celebrate with them and if I lose I will cry with them”, wields the Morga fighter. The presence of four thousand fans is expected in the magical Miribilla venue, which two days later will host basketball, Bilbao-Breogán.

Flatley exudes confidence. He sees this duel as “a great opportunity, perhaps the greatest of my career”, and he assumes that, although it will be the first time I have fought outside the UK, “to achieve a great victory at some point you have to go to the opponent’s yard”. “That encourages me even more. I have seen videos of Kerman and some of his weaknesses that we can exploit. I know he is very solid, but I come to do my job,” added the former English champion of the division. At the event’s presentation, a sixth backup match was also announced for the star, which will measure the emerging British star Campbell Hatton with the Hungarian Attila Csereklye.

In the evening another belt will also be put into play, that of Spain of the super middleweight, between the current champion, the Madrilenian Damián Biacho and the Biscayan Guillermo Rivero. Rounding out the lineup are the flyweight bouts Samuel Carmona-Luis Fernando Villa Padilla (MEX); Jonathan Alonso-Mohammed El Marcuochi (BEL), in the super lightweight; and Jon Jhader Obregón-Gerome Warburton (GAL), in the middleweight division.