Boxing: Kerman Lejarraga exploded the bomb in the ninth round 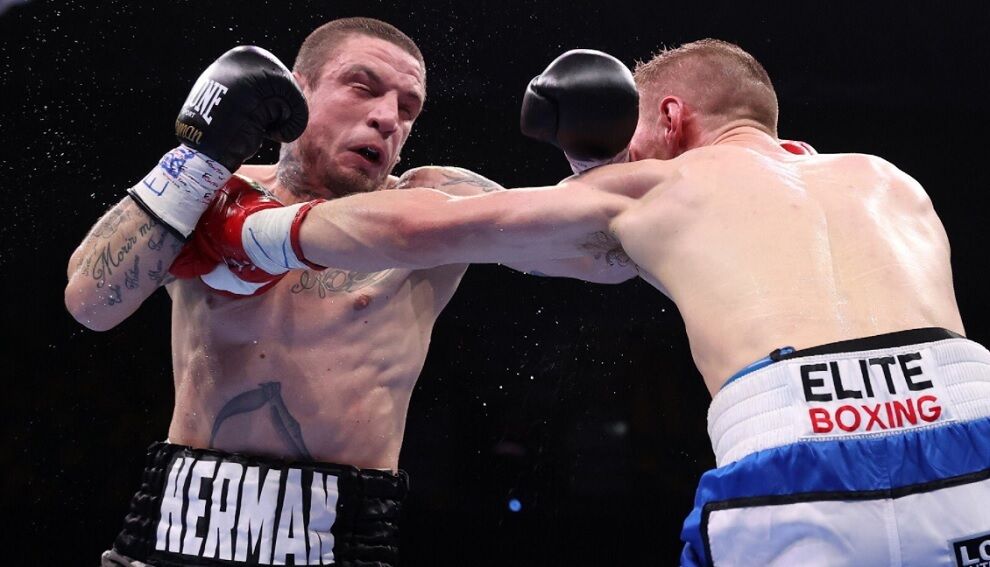 ANDThe Bilbao Arena once again welcomed his idol Kerman Lejarraga (34-2, 26 KO) and he responded gratefully with a resounding KO on the British con

ANDThe Bilbao Arena once again welcomed his idol Kerman Lejarraga (34-2, 26 KO) and he responded gratefully with a resounding KO on the British contender Jack flatley (17-2-1, 4 KO).

Kerman adds another triumph before the limit, this time in the ninth round, although the victory could be advanced until the first round, in which a powerful left jab, Lejarraga, dropped the Englishman.

Bolton’s thin pgile showed great stamina and from then on assimilated Kerman’s volleys with stoicism and even dared to reach the Basque with good rights, that you neglect your defense for a few minutes.

The vizcano adjusted the distance and from the fifth round it was again a martyrdom for the English, but supported by a good position in the ring and a better defensive work with blocks, deflections and dodges.

In the eighth round he knocked down a worn Flatley, who was beginning to see the punishment build up in his gut. And in the ninth round a missile in the shape of a direct right I glared at the British for the final count.

Fourth title of Europe in two pesos for Lejarraga, which surpasses the great Basque pgiles who achieved three titles, such as Paulino Uzcudun, Urtain or Senn. Kerman becomes the most awarded Basque pgil, and in Europe and the rest of the world he is once again feared.

We liked the always forceful seasoned with a dose of prudence and little rush that made him master some intermediate rounds intelligently. Kerman Lejarraga increases Spanish boxing successes along with those of Sandor Martn in the United States, and the world title of Kiko Martnez in England.

Now you can defend your crown in combat rematch against the French Dylan Charrat, whom he defeated in his previous match by technical decision.

Tags: boxing, sports Center
Boxing: Tyson Fury’s return is closer: “Show me the money and I’ll be back”
Boxing: Josh Taylor, the less recognized boxing super champion returns to the ring
Boxer Rodrigo Marte was eliminated in the first round
BOXING 4276