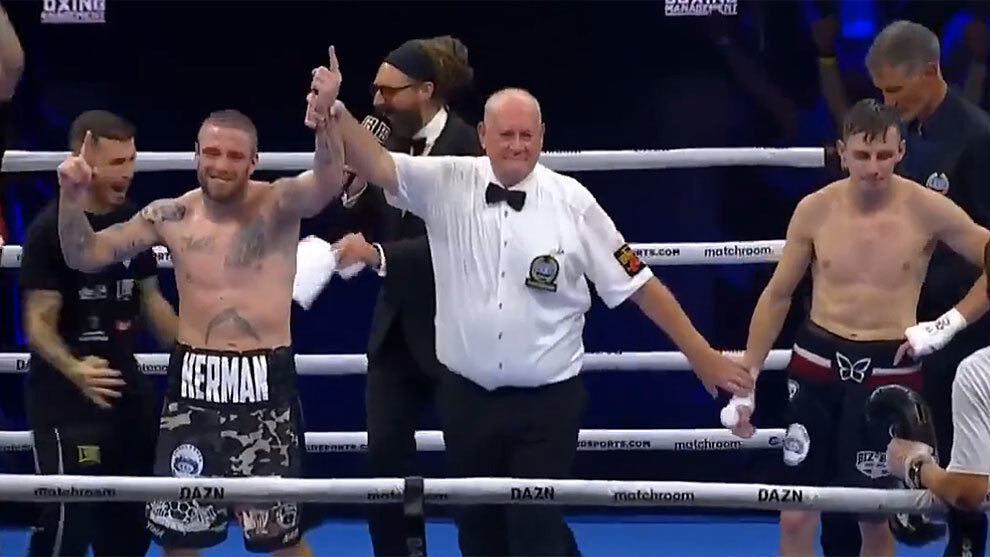 ANDl Spanish boxer Kerman Lejarraga it was proclaimed european champion of the superwlter weight after winning by unanimous decision to french Dylan charrat this Saturday at the Vall d’Hebron Pavilion in Barcelona. Lejarraga leader the full of Spanish boxing in Barcelona. Mary Romero He also successfully defended his European super bantamweight title. Kiko martnez, Moussa Gholam and Cristbal Lorente also they settled their participations with victories.

&#8216;Morga&#8217;s revolver&#8216;It came out true to form. Well armed, safe and trying to take the center of the ring. Charrat, meanwhile, took shelter on his left to keep Lejarraga at a distance during the first stakes. The French, more gimmicky than effective, looked good technically but power coups, for the most part, were owned by the Spanish at the start.

Lejarraga took the initiative of the lawsuit and Charrat imposed a slightly higher hitting volume. They both stayed true to their proposal. The French showing off his mobility and the revolver placing strong hands in close-range exchanges. Charrat went from less to more changing heights, Lejarraga, for his part, did not give in and continued with his demolition work, walking to the front and pressing.

After the halfway point of the contest, both put all the meat on the grill. Lejarraga planted a war and Charrat did not back down. The fight evolved to you for you and there the Spaniard excelled. Using a wide variety of striking planes, he was smashing Charrat and punishing his waterline. The Frenchman marched visibly touched to his corner at the end of the eighth round.

Lejarraga went hunting, trying to encircle the co-candidate, but a fortuitous head butt forced the fight to stop. The Spaniard received an involuntary blow to the cheek, which did not stop oozing blood and forced a bittersweet ending in the Vall d&#8217;Hebron Pavilion. However, Lejarraga added enough dividends in the eyes of the judges to hang the highest European distinction in boxing. Kerman Lejarraga makes history by becoming the first Spanish pgil to be crowned monarch in the wlter and superwlter divisions.

Spain&#8217;s Mary Romero successfully defended her European Super Bantamweight Championship against Britain. Amy timlin. There was no time for spectacular. Romero was aggressive from the first bars pressing Timlin. The Spanish came out to prevail and show off her status as champion.

Romero&#8217;s effervescence prevented the challenger from entering the fight easily. The management of the distances of the Murcian was fundamental in the development of the clash. Timlin, uncomfortable in the short, can&#8217;t find a way to land clear shots. Romero did not take his foot off the accelerator at any time and annulled his rival completely. Timlin, as a result of the punishment received, decided not to start in the ninth round.

At featherweight, Kiko Martnez clearly won. The Spaniard remained cautious and analytical in view of the Honduran&#8217;s hitting power Jayro duran. He took out the work previously raised and handled the contest smoothly. With blown blows and the body demolished Duran. Only the honor of the Honduran allowed him to finish the eight rounds.

In the super featherweight category Moussa Gholam took out the roller in front of the Argentine Mauro perouene. The Spanish boasted of technical capabilities and squandered the aspirations of the Argentine pgil. Gholam marked the rhythm of the contest from beginning to end, although it was not until the eighth, and last round, that the Argentine corner threw in the towel.

Cristbal Lorente, in the pen, also did the same against the Colombian Anuar Rooms. The first warning came in the first round. Lorente placed a right crochet that sent the coffee grower to the canvas. Salas recovered and was able to continue, but it was not a complication for the Spaniard.

Loading...
Newer Post
NFL 2021 salaries: how much does each coach earn and who is the highest paid in the league?
Older Post
Nelson Rosalez among the best in the ranking of the Argentine Boxing Federation