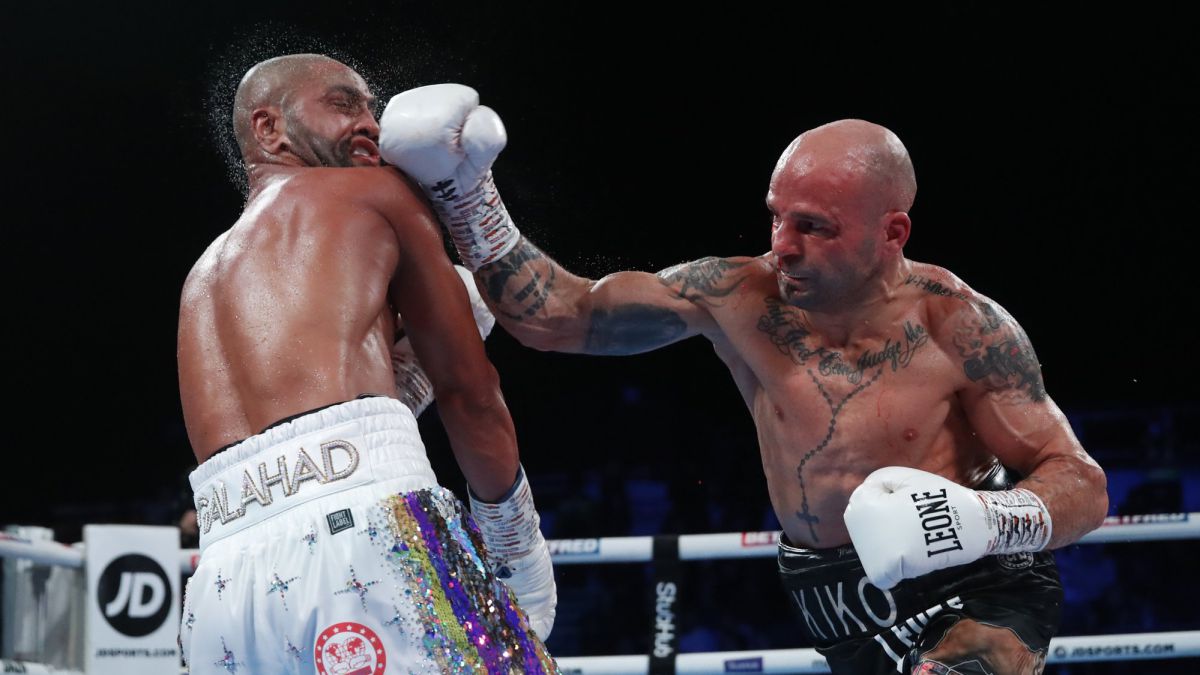 In the midst of roaring engines, international goals and master strokes, last weekend an impressive, spectacular, surprising KO slipped us … Kiko Martínez knocked Kid Galahad down against the odds, IBF featherweight world champion, when no one expected his return to the top. It had been more than seven years since Kiko gave up his super bantamweight belt to Carl Frampton in Belfast. Since then he had had three other opportunities to reign on the globe again, but he succumbed in all: before Scott Quigg, in 2015; against Leo Santa Cruz, in 2016, and against Gary Russell Jr, in 2019. His visit to Galahad seemed destined for the same result, it was presented as the typical defense against an old champion come to less … All the analyzes were wrong. As the prestigious promoter said Eddie Hearn: “One punch changed the history of Spanish and British boxing.” At 35, Kiko is once again world champion. And he also becomes the second national fighter, after Javier Castillejo, which achieves it in two different divisions.

Kiko’s triumph is the award for the professionalism of an athlete who lives “Like a monk”, that he is a “boxer 365 days a year”, that takes care of itself even more than in its beginnings. It is also the prize for persistence. He wanted to show that he was not finished. And it has. Freed from that burden, the Alicante from Torrellano has set a date for its end. A couple of defenses, one more year in business, and it’s over. Had he been born in the first half of the last century, Kiko would be a mass idol. He has had to live another era, but he did it with pride and dignity. Far from the big headlines that did honor the champions of other generations, Kiko can boast, without complexes, that he has reached the top in his work and that he has entered, forever, in the history of Spanish sport.

“Boxing is not a social media party”: Eddie Hearn …
Jan Paul Rivera to go to the AIBA World Championship before jumping into rental boxing
Metallica to perform in a boxing match
BOXING 887