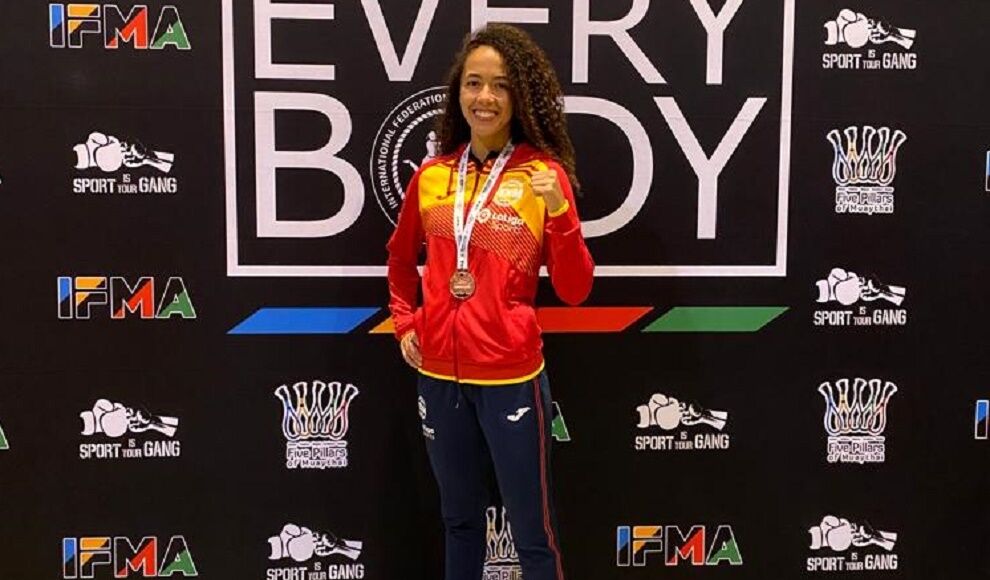 Fthe IFMA Muay Thai world championships, which have been held in Bangkok. The seven members of the Spanish team, in the male category, the fighter

Fthe IFMA Muay Thai world championships, which have been held in Bangkok.

The seven members of the Spanish team, in the male category, the fighter from Novelda (Alicante) Kevin Martinez, at 54 kg, the Navarrese Mikel Fernndez at 57, Madrid Nenesh parikh at 75, and his countryman Eddy ruiz in 81 kg, and in the female category the Catalan from El Vendrell Saray medina at 48 kg, the Sevillian Lara Fernandez in 54 and the veteran of the team, the Asturian resident in Len Yohanna alonso At 63.5 kg, they fought hard against powerful rivals.

Finally bronze has been matched from the last world championships of 2019, which was won by Nenesh Parikh. On this occasion, the team led by the Spanish coach Francis Menjbar has faced their rivals brilliantly, and Nenesh’s start was spectacular, although he gave in on the door of the medals.

It has been the Sevillian of Toledo origin Lara Fernandez the one that took the best championship, obtaining the bronze medal, after defeating the representatives of Belarus and Poland, and falling before the Italian fighter in a very equal contest.

Also, it should be noted that the fighter Sarai Medina has obtained the award for the best social work for the great work in its women&#8217;s movement &#8220;Muay Ying&#8221;, promoting women&#8217;s muay thai in Spain. I shared the spotlight with another winner, the great figure of Muay Thai and K1, the Thai Buakaw By Pramuk.