Boxing: Lejarraga vs. Flatley and a very interesting poster at the Bilbao evening 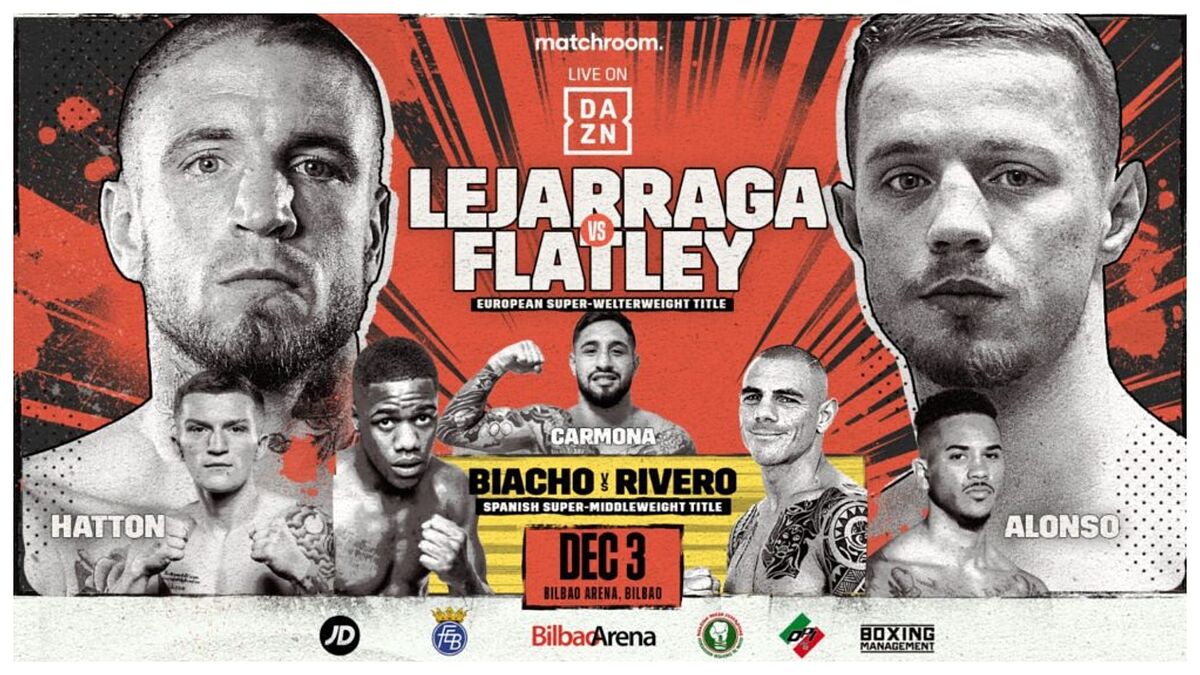 Updated 11/08/2021 - 19:39 ANDOn December 3 in Bilbao, in the incomparable setting of the Bilbao Arena, the British promoter Matchroom organizes

ANDOn December 3 in Bilbao, in the incomparable setting of the Bilbao Arena, the British promoter Matchroom organizes an evening that will have the Basque boxer as the main protagonist Kerman Lejarraga, who returns home to put into play his European superwlter title obtained in Barcelona just a few weeks ago.

His rival will be the British Jack flatley, in an evening that will feature other interesting fights and that can be followed live on DAZN.

The bilbano Kerman ‘Revlver’ Lejarraga (33-2, 25 KO) returns to his hometown and does it in style. The Spanish boxer won the title of European champion of his weight in Barcelona against Dylan charrat, after an accidental head butt caused the fight to stop in round 10.

Now he puts his continental scepter into play against the former English champion Jack ‘Quiet Storm’ Flatley (17-1, 4 KO) who faces the biggest test of his career in a Bilbao Arena that is already preparing for this stellar duel. The British superwlterweight racks up an exceptional 17-win streak on his way to this chance to fight for the European title.

“It’s great to see the boxers return to their hometown on December 3 to headline a card of what will be a great night of boxing,” says the CEO of Matchroom Boxing, Frank smith.

“The duel between Lejarraga and Flatley will be relentless and we will also have another fight for the national title and with boxers of the stature of Campbell Hatton, Carmona and Alonso willing to give everything in their respective categories.”

The champion of Spain super middle Damin Biacho (11-0, 2 KO) will face Guillermo Rivero (8-0-1, 1 KO) in the first defense of their title, a fundamental step in their careers.

For its part, the Spanish flyweight Samuel Carmona (5-0, 3 KO) fights again in 2021 after a unanimous decision win against Nicaraguan Joel Sanchez in July of this year.

While, Campbell hatton returns to the ring after his victory over Sonny Martinez in the evening in which they shared the bill with Anthony Joshua and Oleksandr Usyk, and Jonathan Alonso (20-1, 7 KOs) looking to achieve the third win after suffering his first professional loss in 2019.

Loading...
Newer Post
AMANC and Toyota organize golf tournament for the construction of a hostel
Older Post
The Spanish futsal team will arrive in La Rioja with six novelties