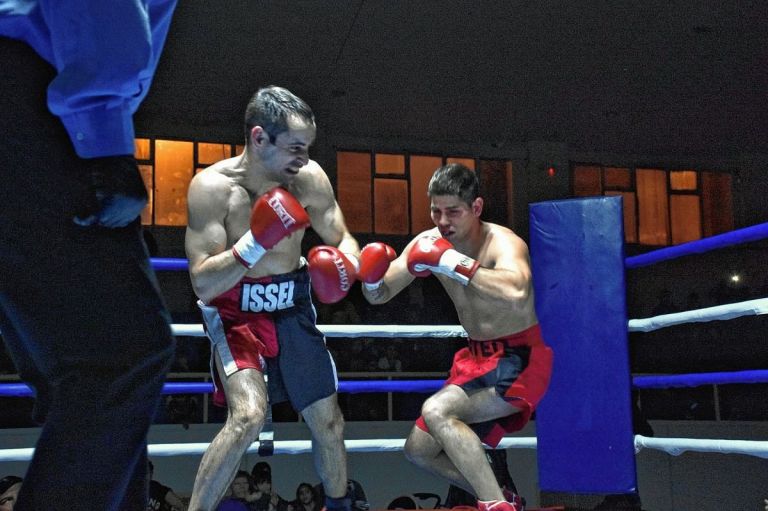 The Comodorense boxer Manuel Carrizo lost to Joaquín Issel, from Tres Arroyos, in the background fight that took place at the “Tribute to Ratín Pa

The Comodorense boxer Manuel Carrizo lost to Joaquín Issel, from Tres Arroyos, in the background fight that took place at the “Tribute to Ratín Pacheco and Oscar Rojas” festival in the Municipal Gym No. He defeated David Farfán in a non-unanimous decision.

In the background fight of the festival “Tribute to Ratín Pacheco and Oscar Rojas” in the Municipal Gym No. 1, the local Manuel Carrizo faced the native of Tres Arroyos, Joaquín Issel, who arrived undefeated with a record 2-0 to his favour.

On this occasion, the visiting boxer won by technical KO in the 2nd round, in the fight that was scheduled for 4 rounds in the middleweight category. There, the Tresarroyense knocked down Carrizo in total five times and thus stayed with the fight, after the decision of the “corner” of the Comodorense to end the fight.

In this way, the Gustavo Ulibarre and Lescano boxer achieved his third consecutive victory in professionalism. For his part, Carrizo-representative of Team Alvarado- communicated after the confrontation that he will move away from boxing.

“We got to what he gave us, I already had a long enough instance with my sport, today it was lost and now we realize even more that I am not the same boxer that I used to be,” he said.

And he added: “Working, dedicating oneself to the family and training is more than sacrificed work, we hang up the gloves well and happy beyond the result. There are no excuses, we knew what we were getting into but we have other responsibilities. I want to thank all the people who were always with me, friends and family, “he closed.