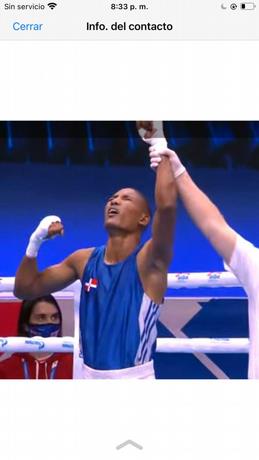 Rodrigo Marte, Elvis del Castillo and Alexis de la Cruz secured bronze medals and US$2,500 each last night, so there are now f

Rodrigo Marte, Elvis del Castillo and Alexis de la Cruz secured bronze medals and US$2,500 each last night, so there are now five fighters from the Dominican Republic qualified for the semifinals of the Elite Men’s and Women’s Boxing Continental Championship being held in Guayaquil, Ecuador.

On the previous day, Mario Lavegal (52 kg) and María Moronta (75 kg) had qualified for the semifinals, for which there are already five Creole fighters in that instance.

Boxers who are assured of bronze medals will be competing again this Tuesday or Wednesday for the silver medal. Monday was a day of rest.

The engineer Bienvenido Solano, president Ad Vitan of the Dominican Boxing Federation (Fedoboxa), highlighted the great performance that Dominican athletes are having, indicating that this discipline continues to rise.

He pondered the coordinated and continuous work maintained by the executives of the federation, headed by Mr. Rubén García and a group of men and women who are committed to success.

For his part, García recalled the importance of the championship that takes place in Ecuador, by granting points for the ranking of the International Amateur Boxing Association, which opens doors to classify the events of the Olympic cycle, such as the Central American Games and the Caribbean, Pan American and the Olympic Games themselves.

Garcia pointed out that the development of boxing in the Dominican Republic will not stop and that Fedoboxa is aiming for the first planes in terms of growth and results.