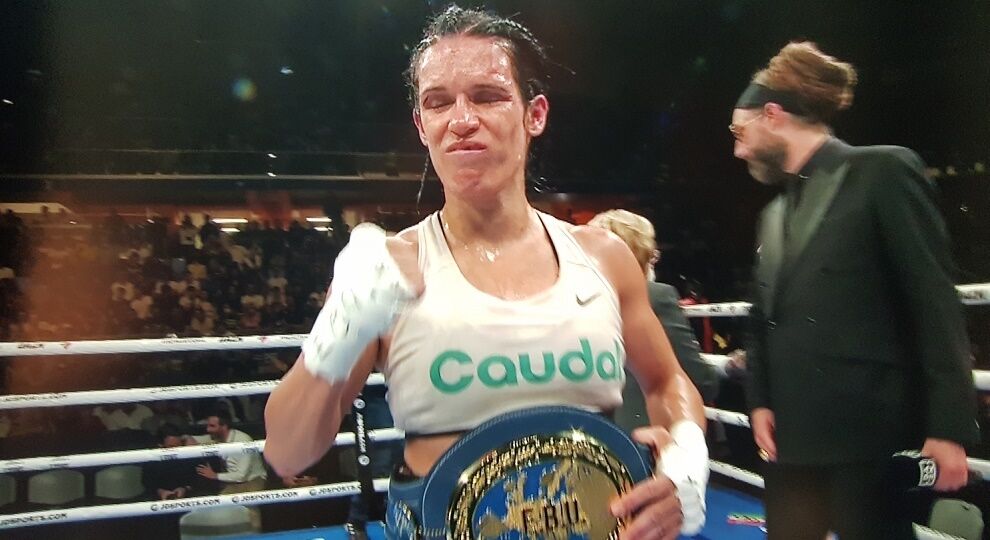 Lto Murcia from Puerto Lumbreras Mary Romero (8-2, 2 KO) has retained her European super bantamweight title for the second time, against the Italia

Lto Murcia from Puerto Lumbreras Mary Romero (8-2, 2 KO) has retained her European super bantamweight title for the second time, against the Italian Maria Cecchi (7-1, 2 KO), tonight at the Allianz Cloud in Milan (Italy).

Romero gets her third europe title and is approaching the opportunity to play the World Cup. The Murcian aspires to be the first Spaniard to win the triplet, the Spanish championship, the European championship and the world championship.

The Spanish came out from the beginning to overwhelm the Italian boxer, more technical, but that hardly worried the champion. Romero lacked a toe, but he had plenty of drive and bravery, although this put him in the short distance with the applicant, who gave a recital of inaccuracies with headers, elbows and blows with the shoulders.

The Murcian was dominating the fight with her speed and rhythm, although the clear blows did not come. A neat voluntary header from the local boxer In the seventh round, he opened a gap in the champion’s left eyelid and caused the referee to take two points from the Italian, so the fight was definitely on the Spanish side.

The last rounds were clear to Romero that control a blurred Italian that he did not show his style and that he almost struggled to survive against the increasingly accurate blows of the Spanish.

Finally the judges gave the victory by unanimous decision to the champion, who retained the title by 100-88, 100-88 and 98-90. Two of the judges gave all the assaults to the Murcian and the third, eight of the ten.

Great triumph for Mary Romero and hopefully it will arrive soon the opportunity for the world title at 36 years oldin a good physical and mental moment.