Boxing: Mauricio Sulaimn and the WBC plans for heavyweights: wait for Tyson Fury or Deontay Wilder 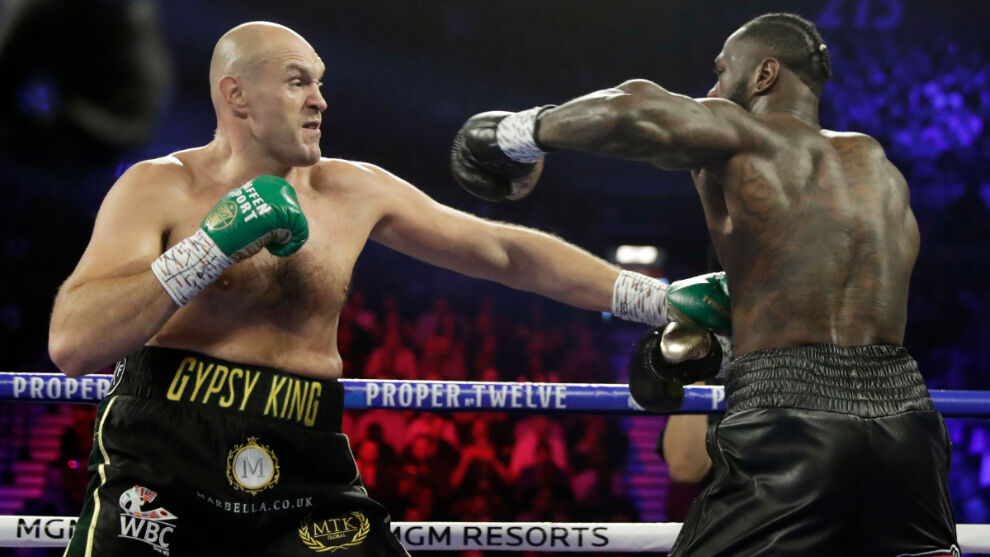 Tyson Fury said before and after his fight with Dillian Whyte that his plan is to quit boxing. A decision that the 'Gypsy King' has not made offici

Tyson Fury said before and after his fight with Dillian Whyte that his plan is to quit boxing. A decision that the ‘Gypsy King’ has not made official to any entity, including the World Boxing Council (WBC), who will be patient with what the British decide.

“We are going to give him the time he needs to reflect and relax. He just had the mandatory division fight, there is no pressure for his team to make a decision,” WBC President Mauricio Sulaimn told Planet Sport.

“We’re in communication. He’s on vacation with his family right now. I do not mean that we will wait three months, there is no limit now. We will talk in the near future, no doubt. We will deal with the situation if he withdraws, but for now we are giving him time to enjoy his vacations,” he added.

An attraction for Fury does not retire is that there could be a fight for the unification of the heavyweights, after Anthony Joshua and Oleksandr Usyk battle this summer for the WBA, IBF and WBO titles. He will be the first unified champion since Lennox Lewis in 1999, and the WBC will not object.

“We have been consistent in being flexible and being proactive in promoting the fights that the fans want to do. We are open to support any proposal from the WBC champions.” Sulaiman mentioned.

If Fury continues with the idea of ​​retirement, Deontay Wilder will choose to recover his beltwhich he lost in 2020 in the second fight against the ‘Gypsy King’.

“Wilder is the number 1 contender, Joe Joyce the second and Joseph Parker the third. I think they will fight (Joyce and Parker) for the interim WBO titleIt’s not confirmed, but we’ll see what happens. There are some variables in that regard.”

Tags: Claro-mx/other-sports/boxing
Boxing: Tyson Fury kicks a taxi that refused to take him for being drunk
Boxing: Emmanuel Tagoe: “Ryan Garcia changed coach because he was facing the best”
Boxing: Ryan Garcia sets his sights on Isaac Cruz
BOXING 3221