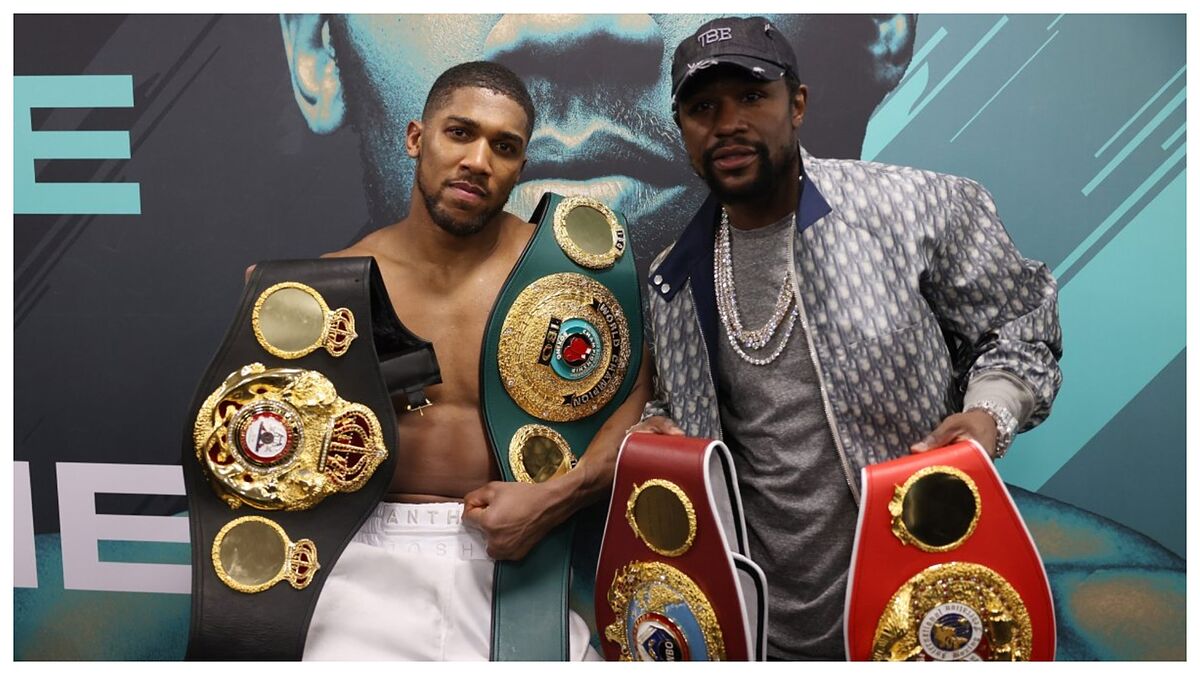 Anthony Joshua He continues to hunt for a possible new coach for the United States who will bring him something different to defeat his last executioner, Oleksandr Usyk, who took three world belts in one fell swoop after defeating AJ last September by unanimous decision. The fight was dominated by the Ukrainian, whom Joshua did not know how to reach. In the final stretch of the same the Briton took out some claw and almost ended up knocked out.

Floyd mayweather, has insisted that for him it was not a surprise, since he confesses that the Ukrainian is &#8220;a great fighter&#8221;, although many fans did not think that Anatoly Lomachenko&#8217;s pupil (they worked together again for this fight) could face a rival of the size and skills of Joshua.

Mayweather added: &#8220;They are two guys with incredible amateur backgrounds, but one is not being seen and one is instead. One was working in hiding and the other was in front of everyone. Eventually they had to see each other and Anthony Joshua fell short. &#8220;