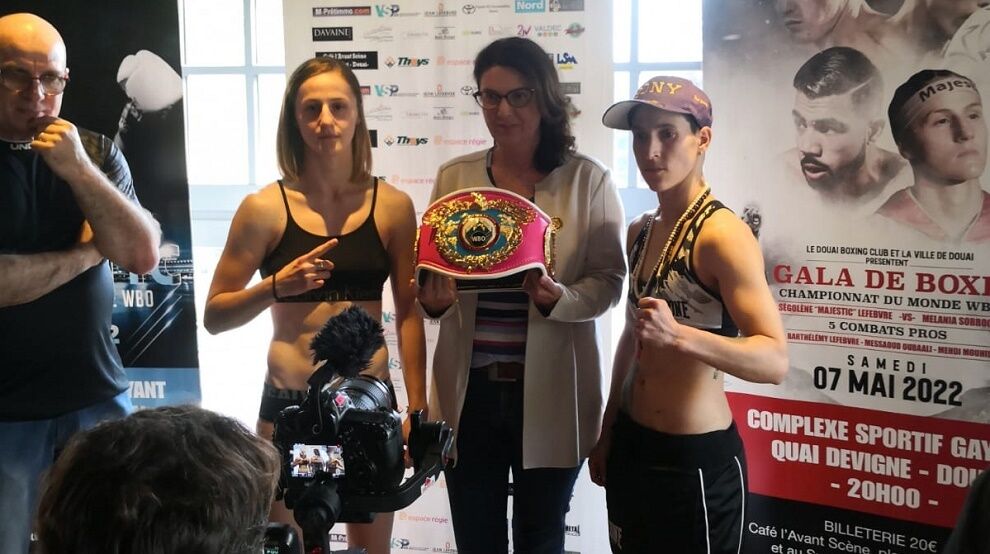 yeshe weigh-in for the world championship tomorrow, Saturday, was held in the French town of Douai, at Salle Gayant, where the Manresa Melania Sorr

yeshe weigh-in for the world championship tomorrow, Saturday, was held in the French town of Douai, at Salle Gayant, where the Manresa Melania Sorroche (18-2-2, 6 KO), 31, will try to become the third Spanish boxing world champion.

Sorroche is very fit with an eight week preparation. “The team has helped me a lot, in feeding me from the bantamweight to the super bantamweight, in being calmer and in analyzing my rival”.

Now remember the previous time you played in the World Cup. It was in 2016 in Venezuela against the local Mayerlin Rivas, losing very narrowly by points. “I remember it with great enthusiasm, it was the hardest fight of my life“.

A few years have passed and he has matured. “Now I am better prepared physically and psychologically. There is still a lot of Melania“.

He is optimistic about the outcome of the fight. “I see myself with many possibilitiesI hope to proclaim myself world champion before the limit, but if not, I am prepared to do twenty rounds if they want (double what was agreed)”.

Good luck for the brave boxer from Manresa.

Tags: sports Center, boxing
Eddie Hearn: “Spence vs. Crawford is an elite fight, Canelo vs. Golovkin is legendary”
Canelo vs. Bivol: When and where to watch the Mexican boxer’s fight LIVE
Boxing: Will there be a fight between Terence Crawford and Josh Taylor in 2022?
BOXING 3224