Boxing: Mike Tyson answers the enigma of why he uses a wheelchair 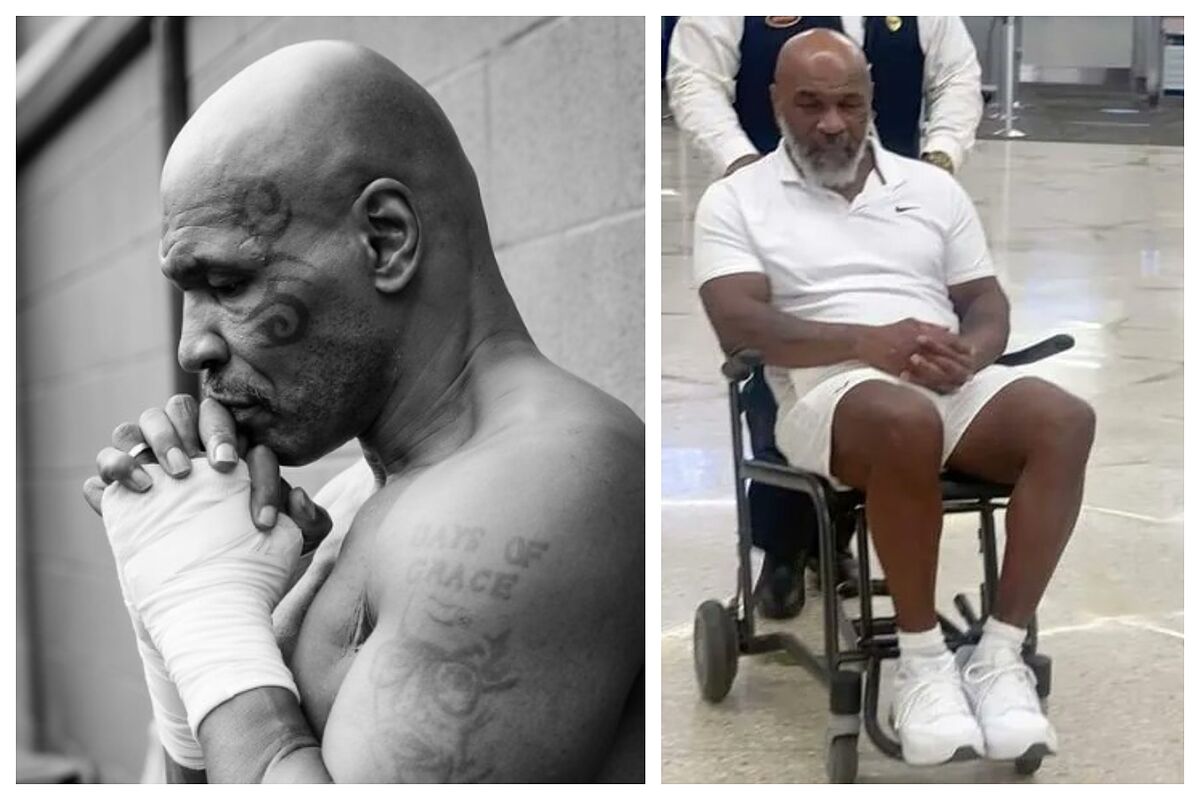 A late 2020 Mike Tyson he returned to the ring to star in an exhibition match against Roy Jones Jr. The physical form that 'Iron Mike' exhibited wa

A late 2020 Mike Tyson he returned to the ring to star in an exhibition match against Roy Jones Jr. The physical form that ‘Iron Mike’ exhibited was extraordinary for how he had come to be. Since then he hasn’t dropped out physically and has been in good condition. Even in recent months he has been seen in a video training with his trainer for that fight, Rafael Cordeiro.

But the point is that a few days ago he appeared at the Miami International Airport in a wheelchair and some concern arose about his condition. To this had to be added certain statements of his in which he made reference to the fact that I didn’t expect to be very long-lived (“When I look in the mirror, I see these little dots on my face, and I’m like, ‘Wow. That means my expiration date is near.”). The cocktail invited to worry about who still holds the record for the youngest world champion in the history of heavyweights.

At last the man from Brooklyn has talked about his health on Newsmax TV. “I have sciatica and from time to time this problem appears. When it flares up, I can’t even speak! Thank God it’s the only health problem I have. I’m great now.” [por ayer]”explained the expgil.

Tyson was also asked why he turns down all offers to get back in the ring, when so many old rivals and new ones have shown interest in an exhibition alongside him. “The guys want to fight me for 100 million dollars. But I don’t think I’ll ever do anything like that again. I wanted to do it the first time, just for fun, to have fun. Then some people took it to another level and they only wanted it for financial reasons, so the fun is over”argue.

Tyson lives today especially from his lucrative marijuana business – he is even an ambassador for cannabis in Malawi – and has also earned large sums of money selling his image to various brands. He is a regular at Las Vegas nights, both boxing and the UFC, but admits that other sports now move him: “I watch more tennis than boxing. Tennis and golf. I thought tennis was a horrible sport until I saw it live and it’s an amazing sport.”Tyson said.

Tags: sports Center, boxing
Boxing: The statue of Mike Tyson, in the style of Cristiano Ronaldo, that sets fire to the nets
Does Canelo take advantage of Golovkin? Former boxer assures that the Mexican “grabs old” GGG
Boxing: The Boxing International, led by a Russian, joins the veto proposed by the IOC
BOXING 4284

Loading...
Newer Post
NBA: Doncic’s Slovenia goes with everything to win the EuroBasket
Older Post
Eurobasket 2022: Kristaps Porzingis is once again the ‘Unicorn’ that amazed the NBA