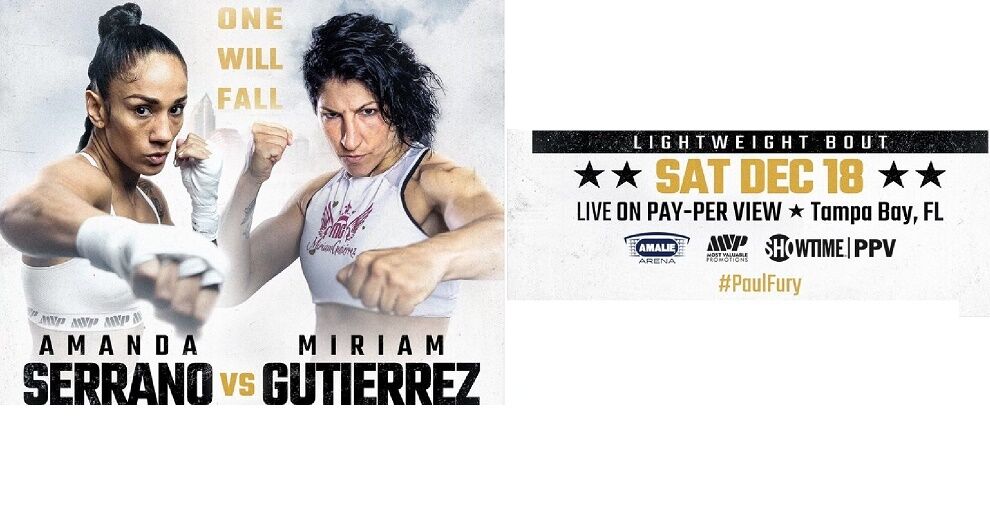 ORAnother great fight is going to play the former European lightweight champion, Madrid Mriam Gutirrez (14-1, 6 KO), who opted for four lightweight crowns a year ago against the phenomenal Katie taylor, losing to points at Wembley Arena in London.

On December 18 at the Amalie Arena in Tampa (Florida-USA), Mriam Gutirrez will face the world champion in seven pesos, the 33-year-old Puerto Rican Amanda Serrano “The Real Deal” (41-1-1, 30 KO), in the ten-round lightweight and, in principle, no title at stake.

After twelve years as a professional, he has amassed an almost insurmountable record.

At 1.66m tall, he has also been an MMA practitioner and is a celebrity in his native country.

The current councilor in the Torrejn de Ardoz City Council (Madrid), made her professional debut in 2017 and made her sixteenth fight in paid boxing. She was proclaimed European champion in 2019 by beating the British Sam &#8216;SJ&#8217; Smith, and in 2019 he won the interim WBA title by defeating the Venezuelan Keren batiz, at two on points. Both bouts were at lightweight.

As an amateur, Mriam Gutirrez won five titles from Spain between 2010 and 2016 at super lightweight and wlter, and belonged to the Spanish national team.

Another great fight for the 38-year-old Spaniard, who can boast of being up against the best fighters on the planet. Good luck to Madrid!

Loading...
Newer Post
Dillon Danis slapped backstage at UFC 268 by Ali Abdelaziz as bad blood between Conor McGregor and Khabib Nurmagomedov returns to haunt him
Older Post
NBA: the strange ritual of a Houston Rockets player who is going around the world