Boxing: Mriam Gutirrez lost on points to Amanda Serrano, in another brave fight 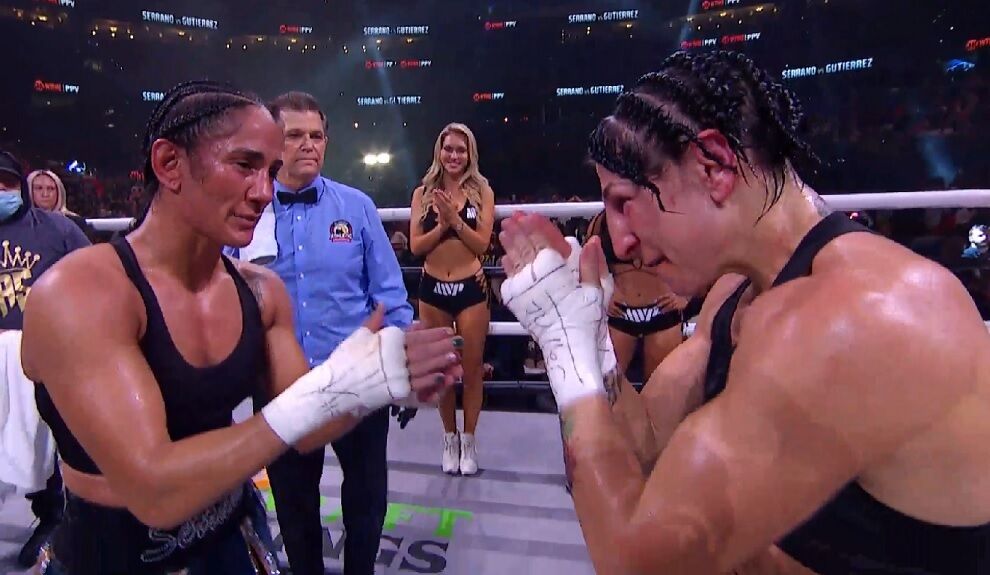 The American left-hander was superior in aggressiveness and precision her hits, but the Spaniard held her position and tried to hit back all of Serrano’s attacks.

The world featherweight champion, who did not put her titles at stake and was fighting at lightweight, came out in the first round to end the contest launching an impetuous attack, but the Queen endured on the ropes and made it clear that she had the ability to withstand the attacks of the favorite.

Serrano decided to loosen up and seek his victory in more coordinated attacks and there Gutirrez had his best moments in those opening rounds in which he arrived with some successful actions.

From the seventh round came another wave of attacks from the Puerto Rican, usually definitive against her rivals, but which did not have the same effect on the Spanish. very strong and resistant, and that despite the nosebleed he stood up to the American.

The champion alternated boxing in the distance with the massive attacks on the body and face, but the Spanish remained firm in her intention to listen to the cards of the judges, as it was.

Unanimous decision for the seven-time championAfter the ten rounds played, with scores of 100-90, 99-91 and 99-90, although perhaps two or three rounds that were even, Mriam Gutirrez could score. The victory was fair for Serrano, although much less easy than he surely thought.

Mriam Gutirrez has two defeats on her palmars, both against the two greats of the moment, Amanda Serrano and Katie Taylor. Maybe the Spanish would deserve to dispute a world title against a more achievable boxer, probably at super lightweight, with Irish Katie Taylor taking over the lightweight titles.

The councilor of Torrejn de Ardoz She is the only pgil who has fought with the two stars, Taylor and Serrano, who will soon meet in New York in a so-called match of the century.

Tags: sports Center, boxing
The 5 best fights in boxing history: Muhammad Ali starred in one of them
Boxing: Lomachenko breaks his Olympic golds to give his father a unique gift in the world
Jackie against Barbie, clash of legends, on Saturday 30 in Tijuana – AGP Deportes
BOXING 1356