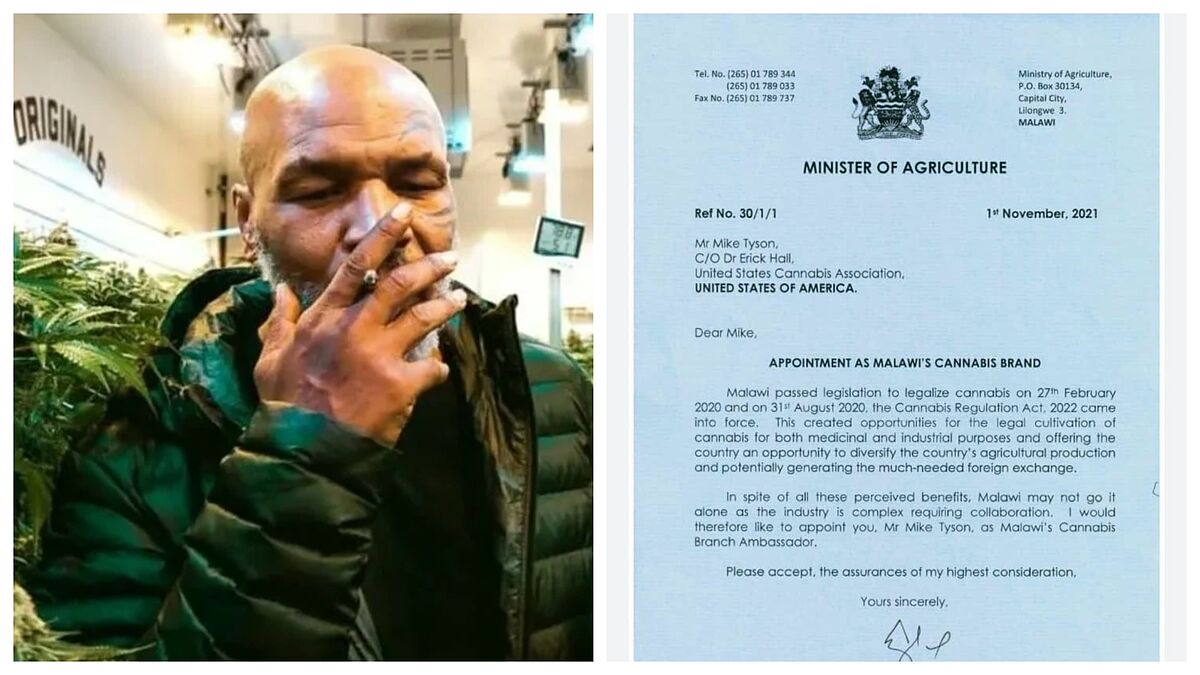 Updated 12/01/2021 - 19:28 ANDl Malawi's Ministry of Agriculture has sent a letter to Mike Tyson in which they ask him to become the cannabis amb

ANDl Malawi’s Ministry of Agriculture has sent a letter to Mike Tyson in which they ask him to become the cannabis ambassador in this southeastern African country, which legalized medical and industrial cannabis in 2020 to promote their economic growth and diversify its economy as tobacco exports decline.

Malawi has relied on tobacco for a long time. Represents around the 13% of its GDP and 60% of its income in foreign exchange. The fact is that, due to the decline of the tobacco industry, the government considered the cultivation of cannabis as an alternative to help the country diversify an economy based on agriculture.

In Malawi now they want to resort to the figure of Mike Tyson, because they are not being able to build a large cannabis industry. Recreationally, it is still illegal in the country and, although the Ministry of Agriculture has encouraged its cultivation for medical and industrial purposes, efforts are not going in the right direction.

Letter from the Malawi Ministry of Agriculture to Tyson.

In the african country lack of technical knowledge for effective cultivation. In addition, farmers complain about the high tariffs demanded by the government. The authorities, however, believe that it is worth risking thinking about future exports. The president of Malawi, Lazarus Chakwera, urged a few months ago to bet on this crop and not on tobacco, and Tyson has now been thought of to help change the opinion of farmers and represent the country in relation to cannabis in the process. Of course, some of your missions will be to help attract potential buyers and investors.

Agriculture Minister Lobin Low sent a letter to Tyson inviting him to become ambassador and saying that legalization in Malawi had created new opportunities. Nevertheless, The move has been criticized by some as the former world heavyweight champion was jailed for sex crimes in the 1990s..

“Malawi may not be able to do it alone, as the industry is complex and requires collaboration. Therefore, I would like to name you, Mr. Mike Tyson, Malawi Cannabis Ambassador “Lowe wrote. According to the Malaysian government, Tyson has accepted the position and has said that he will visit the country soon. Of course, nothing has transcended the emoluments of ‘Iron Mike’ for his involvement.