BOXING, Nico Ali Walsh: the knockout of Muhammad Ali’s grandson that everyone is talking about | VIRAL 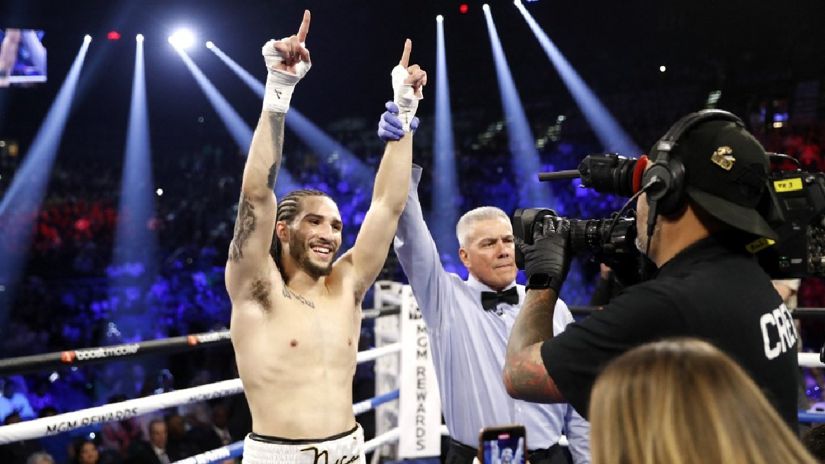 Keep going up. Nico Ali Walsh, grandson of the legendary Muhammad Ali, defeated Alejandro Ibarra in middleweight with a shocking knockout, an event that took place at the MGM Grand Garden Arena.

17 seconds before the end of the first round, of the four scheduled, Nico Ali Walsh, 21, sent Alejandro Ibarra (7-1) to sleep after hitting him with a left foot to the chin and ending it with a right hand. His rival couldn’t stand up.

This is the fifth fight as a professional for Nico Ali Walsh and his fifth victory: four have been by way of knockout and one by majority decision.

“It’s something that happens when you work at it. I was setting up with my right, I saw his left hand go down when he threw the jab and that’s where I took advantage,” he said at the end of the fight in Las Vegas.

Muhammad Ali fought in the heavyweights

On his social networks, the boxer also posted his joy after beating Ibarra: “What a night! Thanks to everyone who sang “Ali” in the crowd and everyone who supported me. Alhamdulillah for another victory and more for come! 5-0″

Nico Ali Walsh’s career is recent. In his professional debut on August 14, 2021, he defeated Jordan Weeks via first-round TKO. He later did the same with James Westley II.

In his third fight he outpointed Reyes Sánchez at Madison Square Garden and in the fourth he defeated Jeremiah Yeager by TKO in the second round.

“I am honored to represent the legacy my grandfather left. It is a responsibility that should not be taken lightly. I’ve been thinking about him a lot. I miss him. It’s been an emotional journey,” said Nico Ali Walsh.