Boxing night and Argentine title at stake in Cutral Co: hour and TV 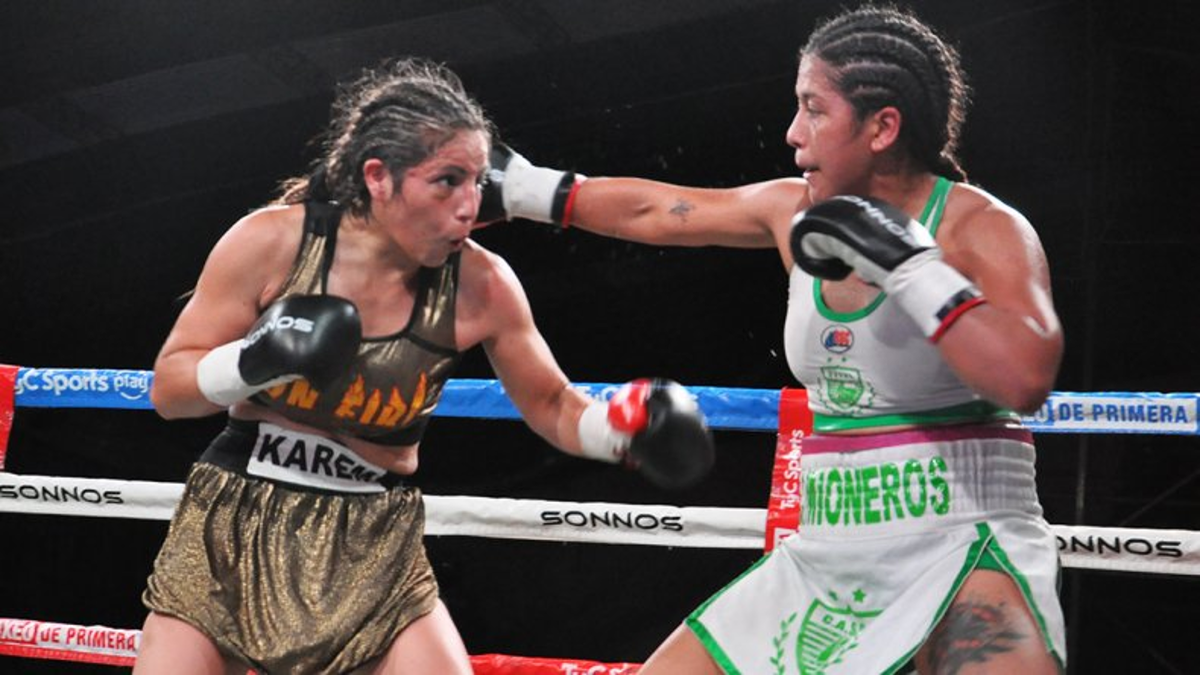 The General Enrique Mosconi gym in Cutral Co will once again be the scene of another boxing evening for TV. This Saturday from 11:00 p.m. in a f

The General Enrique Mosconi gym in Cutral Co will once again be the scene of another boxing evening for TV. This Saturday from 11:00 p.m. in a fight televised by TyC Sports, Yamila Abellaneda from San Juan will face Sofía “La Lobita” Rodríguez from Buenos Aires, for the lightweight Argentine title held by the fighter from Cuyo.

It will be the third crossing between the two boxers. The faces have already been seen twice and the victory always went to the current champion who won both times by points, but on this third occasion, the attraction will be the champion’s scepter at stake.

On this occasion, in the opposite corner will be Sofía Rodríguez, an old acquaintance. Abellaneda, 28, has a record of 13-5-1, 3 KOs. she will look to extend her undefeated record in Argentina and continue down the path that allowed her to travel to the UK in her last fight to face the talented Terri Harper, to whom she lost on the scorecards.

The champion won the crown on February 21, 2021 against Pamela Benavidez and successfully retained after beating Estefanía Alaniz twice and equaling Paola Benavidez, sister of her old rival. In addition to her triumphs, the woman from San Juan has adverse results, in enormous experiences, against Rose Volante, Marie Eve Dicarie and Patricia Berghult, athletes who later became world champions.

Her rival, Sofía Rodríguez (5-6, 1 KO), will try to take advantage of her second chance for a title, after not being able to obtain the WBA lightweight fedelatin belt, on May 27 after falling, by points, against the Uruguayan Maira Moneo. Previously, “La Lobita” had achieved a streak of two consecutive victories, being the winner of Elizabeth Britos and Gisela Ávalos. At 25 years old, she will do everything she can to avenge her two losses to Abellaneda, one in 2019 and the other in 2020, when she barely had a handful of fights on the rented field.

Previously, in the undercard of the night, Leandro Fonseca (12-0-1, 6 KOs) and David Ezequiel Romero (12-17-1, 5 KOs) will meet in the welterweight division, in a ten-round fight. in a duel agreed to ten rounds.

In the preliminaries there will be Neuquén presence with Facundo Huanque (2-7-1) against Zapalino Yago Mellado (0-3-1) they will meet in the lightweight category, in a duel agreed to four rounds.

In the super lightweight division, Axel Emanuel Isla (4-1, 1 KO) will return to the ring after his recent loss against Alexis Torres from Buenos Aires. In the opposite corner he will appear before Chubut Exequiel Labat (1-4), who is preparing to fight four rounds.

In addition, the undefeated Alan Dutra (5-0, 2 KOs) will seek to continue his winning streak that begins to excite the people of Tristán Suárez. In this opportunity, he will have his first big challenge, when he faces Mauro Corbalán (7-1-1, 4 KOs).

This Saturday there will also be boxing in Picún Leugú at the Municipal Gymnasium in an evening organized by the local municipality and the local “Puños para la vida” Boxing School, supervised by the Neuquén Boxing Federation.

In the central fight, the representative of the Municipal Boxing School of Plaza Huincul, Matias Sandoval Rojas, faces Omar Navarro from Zapala in the category up to 69 kg.