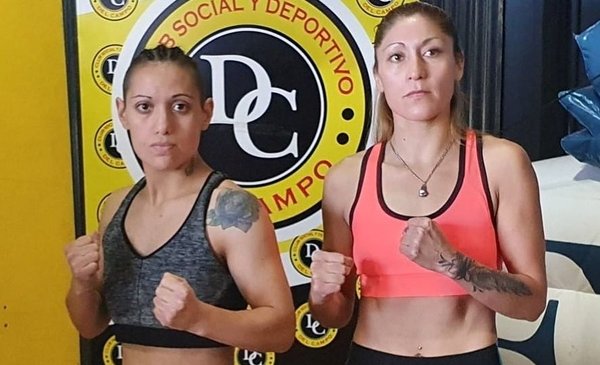 The only thing left is to put on the best pilcha and go to the Hispaniola gym, because in a while there will be a historic moment

The only thing left is to put on the best pilcha and go to the Hispaniola gym, because in a while there will be a historic moment for boxing in Esquel since there will not only be a boxing evening, which in fact is important; but there will be two professional fights, including her professional debut and before her people Glenda “la maquinita” Higuera.

It is estimated that there will be a full house on today’s evening, which is reported to start at 9:00 p.m., with five amateur fights and two professional ones.

The closing of the boxing show will be in charge of Yonatán Chazarreta (from Esquelense, by adoption) where he will face Facundo Masmas, who will be a debutant, with 36 fights in the amateur field, from the city of San Carlos de Bariloche.

The first fight of the night will be in charge of Neyén Sánchez (TYP Boxing Esquel Gym) who will make an exhibition against Claudio Mariluan (El Bolsón).

In the second fight of the night, Mauro Ulloga, from the Independiente “La Amistad” School directed by Raúl Martínez, will face off against Franco Méndez from Bariloche, in the category up to 64 kg.

For his part, the athlete Awkache Martín Ñancucheo will make his debut in amateur boxing where he will face Maximiliano Cuello, from the town of El Bolsón, in the category up to 64 kg.

Let’s remember that the first professional fight has to do with the debut of Glenda Higuera against the also newcomer Brenda “la Chiquita” González from El Bolsón, in the mini flyweight category.

The festival will close with the presentation of Yonatan Chazarreta before Facundo Masmas, from San Carlos de Bariloche, in the medium category.

The “Noche de NKO” boxing festival is organized by the Del Campo Social and Sports Club and Professor Rodrigo Peláez.

It is also sponsored by the Sports Secretariat of the Municipality of Esquel and the Chubut Sports Agency.

Who is George Kambosos, Teofimo’s new rival? From being bullied for being overweight to becoming a great boxer – Ten
“The biggest fight in boxing history …
Boxing: Jake Paul, tongo or KO of the year? They accuse the youtuber of a fix before his brutal right hand to Tyron Woodley
BOXING 3162

Loading...
Newer Post
Sainz: “I know how to win, I know it’s very complicated in F1”
Older Post
The NBA looks for tight finishes in the Finals