Boxing | Olympics: Gazi Khalidov’s Olympic dream ends by KO at the gates of the medals 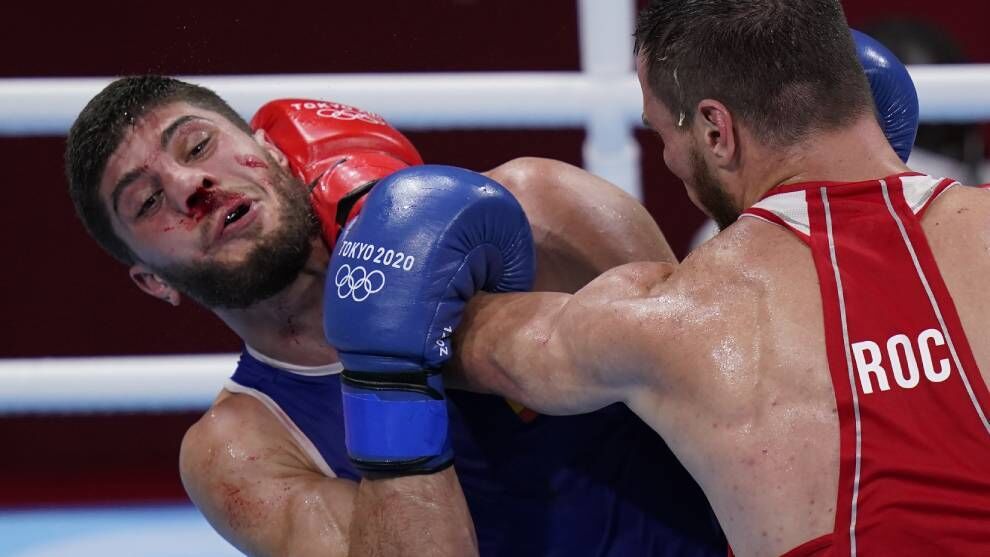 IGazi Khalidov's Olympic dream ended on a fast track in his second fight in Tokyo. The pgil established in La Rioja could not maintain the good tone

IGazi Khalidov’s Olympic dream ended on a fast track in his second fight in Tokyo. The pgil established in La Rioja could not maintain the good tone shown in his first appearance and ended up falling by KO in the third round against the Russian Khataev in the fight for the quarterfinals of the category under 81 kg.

The boxer, born in the Republic of Dagestan from where he had to flee besieged by violence, this time could not assert his stature and his attachment to a technically superior rival, who asserted his speed so much legs as of waist.

Khalidov began the fight trying to break from the start and in his first good combination managed to hit the head of his rival with a good left hook. However, they soon begin to suffer in front of the Russian boxer who became the center of the ring and forced the Spaniard to back down to the corners. A blow to Gazi’s face forced him to stop the fight to examine a touched nose and that was the best summary of the first part of the fight. Victory in points for the Russian boxer.

The second assault began with Khalidov opening the guard to try to gain force in his blows. This made the task easier for a Khataev, the blows were more damaging than those of the Spanish because he knew how to find the gaps where to put his best hands. One of them hit Khalidov’s face, who saw the referee point to an account that did not reach the end. The second assault also falls on the Russian side and this time unanimously.

With the fight in the hands of the rival Khalidov had no choice but to go out in the third round with a single mission: to overthrow his opponent. This made him fit more hands still and ended up falling with 10 seconds to go, leaving his Olympic dream on the canvas of the shrine of the great that is the Kokugikan Arena.

“Life puts us in a lot of difficulties, but we don’t have to look to the past or make excuses. We are here and I have fulfilled a dream,” said Pgil Rioja before a fight that leaves him out of the medals but with a diploma that remembering everything that has had to happen to get here.