Boxing opens its doors to massify the sport 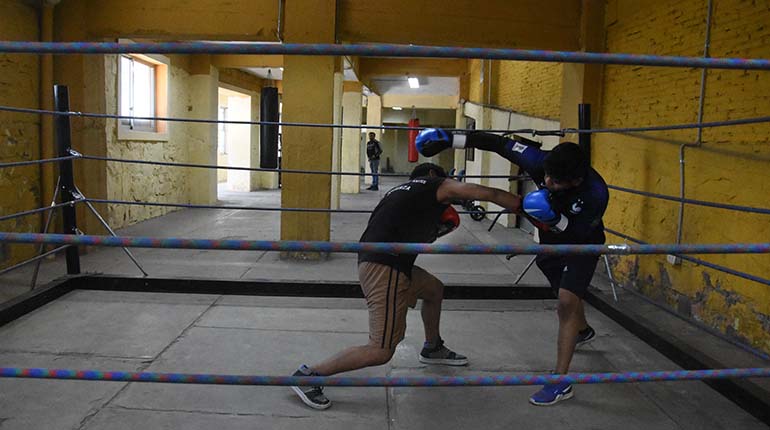 The Cochabamba Departmental Boxing Association (ADBC) yesterday reopened the gymnasium of the general tribune of the Félix Capriles stadium, a

The Cochabamba Departmental Boxing Association (ADBC) yesterday reopened the gymnasium of the general tribune of the Félix Capriles stadium, a venue from which they intend to massify this sporting discipline and reactivate the successes for the valley.

For this purpose, the leaders made their own training equipment available, but the Departmental Sports Service (Headquarters) will allocate approximately 12,000 Bolivians to equip the venue.

“We are starting almost from scratch, implementing the gym with the equipment that is ours. They are invited to participate in our boxing gym”, declared Nelo García, general secretary of the ADBC.

Likewise, the head of the association, Ariel Herrera, thanked the support of the departmental authorities that made it possible for the association to have this venue, which until the closure of the stadium in 2017 was under private administration.

Regarding the courses, the leaders of the ADBC ​​indicated that the day begins at 2:00 p.m. and ends at 8:00 p.m., with sessions for athletes from 8 years of age onwards.

The objective that the association set began with the recovery of the property, to then try to enable more hours (in the morning) for the training of professional boxers.

But the objectives will be completed with the support committed by the director of the Headquarters, Giovanny Cossio, who has already programmed the aforementioned amount for the purchase of equipment.

“Initially, we have prioritized 12,000 Bolivians, but, if necessary, we will see additional resources based on what they suggested,” Cossio said.

Tags: Cochabamba Departmental Boxing Association (ADBC), Cochabamba, Bolivia
Joshua Buatsi’s fondness for street fighting as a young man led him to the boxing gym and now, years later, he is approaching world title glory.
Boxing: Terence Crawford on how he spoiled his fight with Pacquiao
result, chronicle and cards of the boxing fight in Barranquilla
BOXING 3544