Boxing: Pacquiao plans to return to the ring after aspiring to the presidency of the Philippines 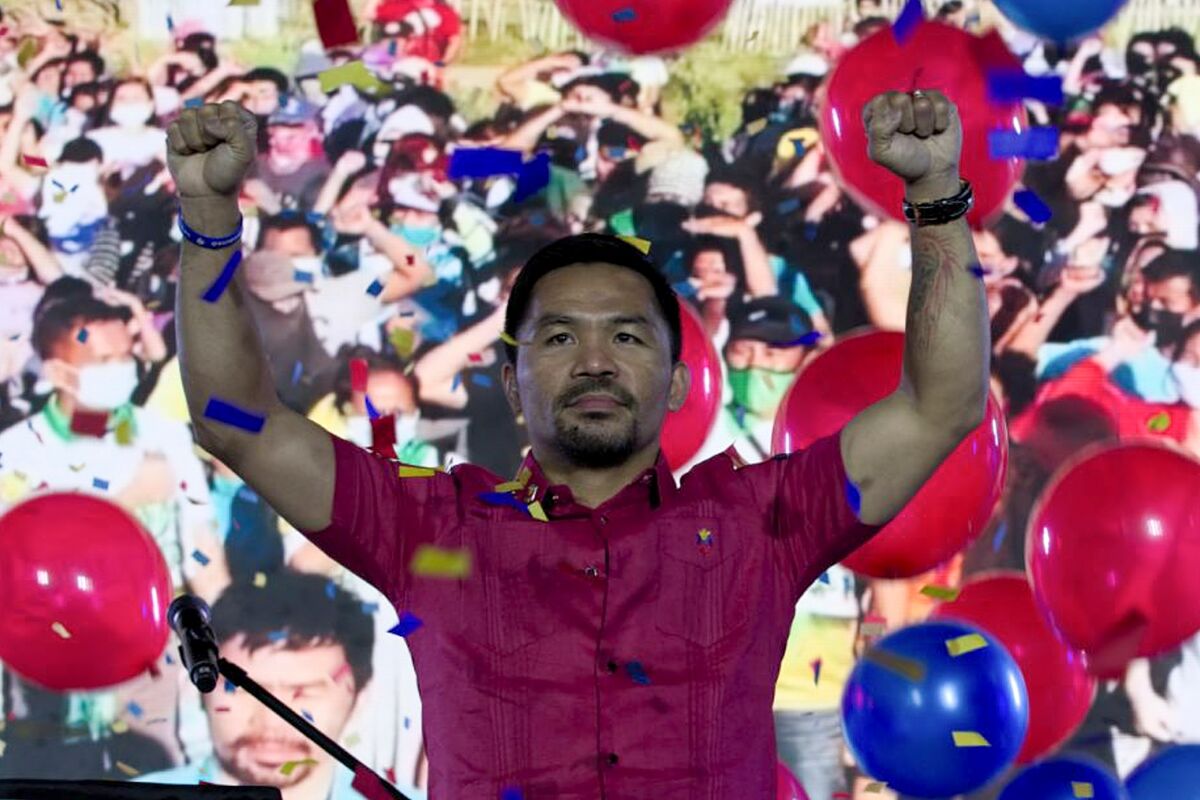 ANDGlobal boxing icon Manny Pacquiao plans to step back into the ring in a exhibition fight planned in Saudi Arabia in the first quarter of 2023, a

ANDGlobal boxing icon Manny Pacquiao plans to step back into the ring in a exhibition fight planned in Saudi Arabia in the first quarter of 2023, after unsuccessfully aspiring to the head of state in the presidential elections last May in the Philippines.

Pacquiao, 43 years old and the only winner of twelve world titles in eight different categories, plans to fight in Riyadh against the French boxer Jaber Zayani, 31 years old and that it was ‘sparring’ for the Philippine champion, according to the promoter of the event Abdullah Almurad, CEO of the company Elite Sport Athlete.

In principle, the event is scheduled for the first months of 2023 in the saudi capital, as confirmed by Abdullah Almurad (AAM, as the businessman is known in Saudi Arabia).

Last Monday, Pacquiao, who announced his retirement from professional boxing in September of last year, signed the contract that closes the deal for the fight, for which a specific date has not yet been decided.

The Filipino boxer hung up his gloves last year to pursue campaign for the presidential elections of his countrywhich he lost despite getting more than 3.6 million votes.

Tags: boxing, sports Center
Floyd Mayweather Jr. returns as a titan to the ring at 45 years old
George Foreman is sued for sexual abuse, says they want to extort him
Jake Paul says he’s on the same level as Conor McGregor
BOXING 4153

Loading...
Newer Post
Return to Formula 1: the driver who will reappear at the Singapore Grand Prix
Older Post
MMA: The ‘crazy’ Muay Thai fighter who enjoys every blow he receives: these are his reactions in the ring