Boxing: “Perico Fernndez grew up in a hospice and this gave him a tough character” 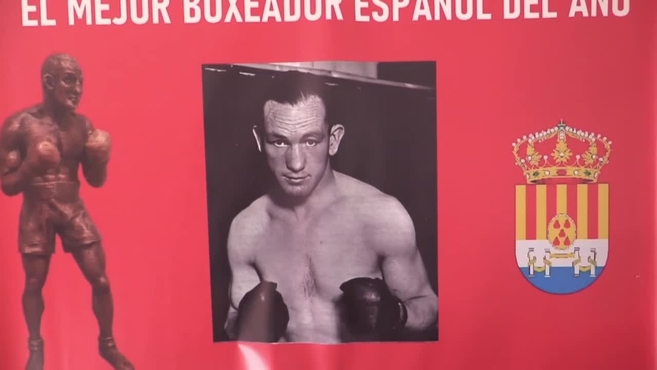 ANDLast Saturday in the Assembly Hall of the Sigs City Council (Zaragoza), the third installment of the ESPABOX-IGNACIO ARA Trophywhich rewards the

ANDLast Saturday in the Assembly Hall of the Sigs City Council (Zaragoza), the third installment of the ESPABOX-IGNACIO ARA Trophywhich rewards the best Spanish boxers each year.

Ignatius Ara He was a boxer born in 1909 in Sigs (Zaragoza), twelve times champion of Spain in the middleweight and three times in the light heavyweight between 1942 and 1947, champion of Europe in the middleweight in 1932, twice disputed the world middleweight title, performed more than 200 fights as a professional, the most in Spanish boxing history, and he never lost by KO fighting against the best world fighters of his weight in different countries of the world. His technical quality, his intelligence, his speed of movement, his punch, his complete boxing, earned him the nickname of “The Professor of the Twelve Strings”

This year the statuette was awarded, among others, to the deceased boxer from Zaragoza Perico Fernndezworld, European and Spanish champion, who was several times the best Spanish boxer of the year in the seventies and eighties of the last century.

He was champion of Spain, Europe and the world in the same year, in 1974. The trophy was collected by his eldest son, Pedro Fernndezwho told us what his father was like, his anecdotes and his family relationship.

He remembered his father’s harsh childhood. “He grew up in a hospice, had no father or mother, and that generated a tough character in him”. Perico had a very peculiar way of being. “My father was very fond of living life to the fullest and of doing everything already. That is why he was in one year (1974) champion of Spain, of Europe and of the world”.

Perico Fernández was born a boxer. “I went to the gym just right. I was born to be a boxer, it was something innate“. And he ended up being a painter. “As rough as he was, he painted very well.”

In Zaragoza he is still remembered. “He didn’t get much recognition in life, but now there is a sports center with his name in Zaragoza”.

The prizes were presented by the mayor of the town of Sigs, D. Eduardo Abada.

Tags: sports Center, boxing
he won with a knockout and stretched his undefeated record
Boxing: Danny Garcia explains his separation from boxing for 19 months | Sports
Canelo vs. Bivol: they set a date for the possible rematch between the two
BOXING 4197

Loading...
Newer Post
Tyson Fury offers Anthony Joshua a 60-40 deal to get in the ring: ‘Take it or leave it’
Older Post
The Community of Madrid works to give visibility to women’s football through the attraction and organization of events