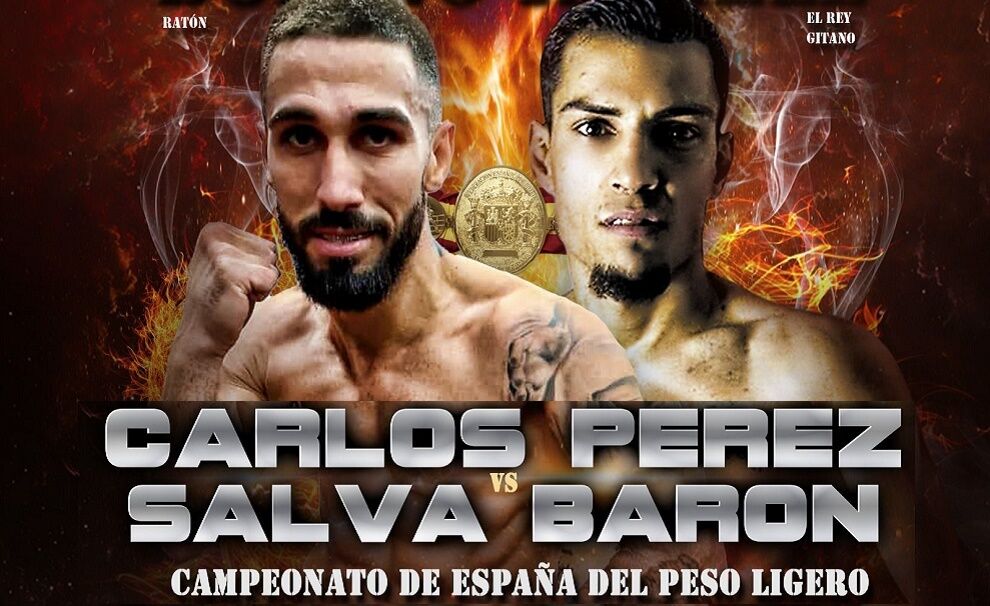 Maana at the San Pablo Sports Center in Seville will compete for the Spanish lightweight championship among the Andalusian co-contenders Carlos “Ratn” Prez (16-6-2, 2 KO) and Salvador “The Gypsy King” Barn (7-1-2, 2 KO).

For the Sevillian Prez, 34, this will be his fourth attempt for the Spanish championship, after having lost on points to the Canarian King Daluz in 2016, against malagueo Samuel Molina by TKO in the seventh round in 2019 and tied last June against the canary Zeus of Arms.

On the part of the 29-year-old Barn from Almeria, this will be his first attempt, although he has to his credit an important fight against Samuel Molina, from which he came out badly in the second round.

The title is vacant after Molina was stripped of his crown by a positive control, due to a prohibited drug. The winner will be the eleventh champion of Spain of the lightweight of this century after Francisco Nohales (1), Juan Carlos Daz “Chupete” (4), Hoang Sang Nguyen (2), Daniel Rasilla (2), Karim El Ouazghari (2), Emiliano Casal (3), Cristian Morales (2), King Daluz (1), Eloy Iglesias (2) and Samuel Molina (1).

Favorite is the Sevillian Mouse PrezDue to his qualities and experience, in a medium and long distance fight he should be able to control the fight without having to go in to fight unnecessarily. On the contrary, Barn tries to take the initiative and launch his attacks with changes of blows.

The referee will be the Andalusian Francisco Alloza, and the judges, the Andalusian Jos Antonio Ares, the madrileo Ignacio Conejero and the Castilian of La Mancha Antonio Guillamn.