Boxing returns to the Prince of Asturias .- Sports – Hemeroteca 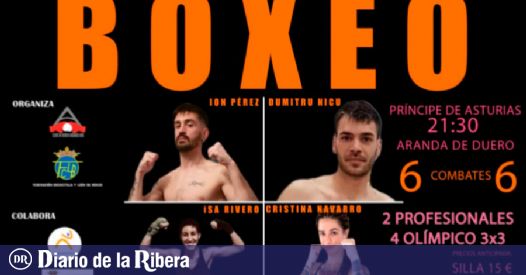 Very interesting and attractive is the return of boxing to the Prince of Asturias. It will be on the occasion of the evening in honor of the Virge

Very interesting and attractive is the return of boxing to the Prince of Asturias. It will be on the occasion of the evening in honor of the Virgen de las Viñas included in the program of festivities. Fans can already sign up in their agendas on Friday, September 16 at 9:30 p.m. Juan Antonio Sánchez, the president of the Aranda Box Club, and his team of collaborators have organized a championship that includes two professional fights and four in the Olympic boxing modality. And as a great incentive for the local public will be the presence of several boxers from the Arandino club.

In professionals we must mention Ion Pérez, the Basque boxer who has lived in our town for many years, and who arrives after debuting with victory in his first fight in the professional elite. His rival will be the Romanian boxer Dumitru Nicu. In the other professional fight of the night, two boxers will enter the ring. Isa Rivero from Valladolid (who is also taking her first steps as a professional) and Cristina Navarro from Aragon, former Spanish champion.

Also in the Olympic modality will be Dialá Sissokó and David Calleja, two other promising fighters from the Aranda Box. Advance tickets will cost 10 euros in the stands and 15 in the chairs at the foot of the track. During the break, the classic raffle of gifts donated by the companies that help the event to be held every year will take place. Tickets are now on sale at these collaborating businesses: Pescadería Charo, Bar Iris, Bar Casanova, Bar Jamari, and Café Tubular. At the box office the prices will be 15 and 20 euros respectively.