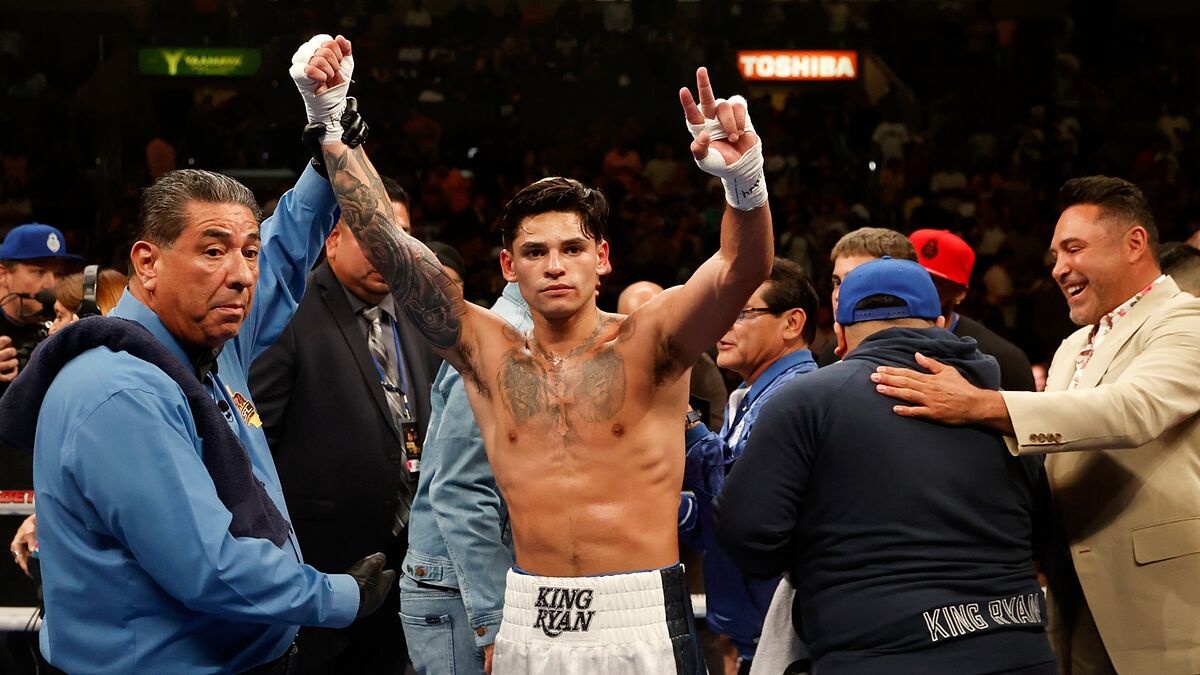 RYan Garcia is clear about his future: He wants to fight Gervonta Davis and threatens to record all conversations to show that he is not running aw

RYan Garcia is clear about his future: He wants to fight Gervonta Davis and threatens to record all conversations to show that he is not running away from you.

The California Boxer got his 23rd win in paid boxing, defeating Javier Fortuna by knockout, with the interim WBC Lightweight title at stake, thus extended his undefeated, declaring himself ready to trade shrapnel with Davis.

“I’m not going to go back down to 135 pounds for nothing, but I’m going to fight Tank Davis at 140 pounds. I will record all negotiations So they can’t tell I’m dodging

“That fight is going to give me the respect I deserve. Where there is a will, there is a way,” Ryan Garcia mentioned, after his new triumph this weekend at the Cripto.com Arena in Los Angeles, California.

King Ry’s words They immediately reached the ears of Davis, who responded through social networks with a “See you until the end of the year”, which opens the possibility to see them above the ring before the end of 2022.

In the event that the lawsuit with Gervonta Davis does not materialize, Ryan García will also He has a fight with Tefimo López in his sights.

“If that fight doesn’t happen, which I hope it doesn’t, I want to fight Tefimo López at 140 pounds,” Garcia finished.