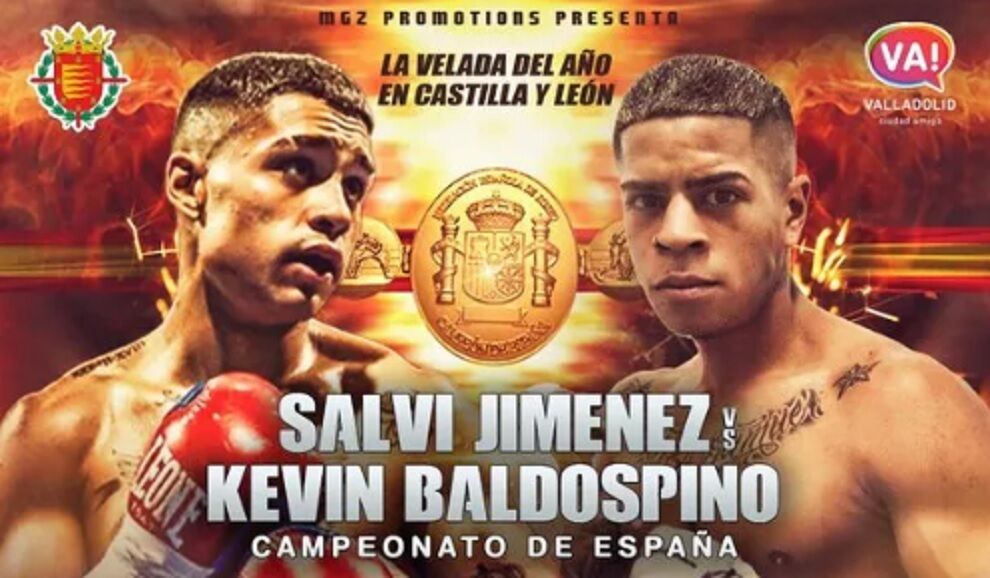 Tthree months after proclaiming himself champion of Spain super featherweight, the man from Valladolid Salvi Jimnez (9-0, 3 KO) will make the first

Tthree months after proclaiming himself champion of Spain super featherweight, the man from Valladolid Salvi Jimnez (9-0, 3 KO) will make the first defense of his title next Friday, June 10 at the Milenio Dome in Valladolid, against the contender from Miranda Kevin Baldospino (9-6-2, 1 KO).

Jiménez, double Spanish amateur champion in lightweight in 2016 and 2017, was a member of the national team and has extensive experience in the amateur field. The title of professional Spain was achieved against Madrid adrien rodrguezwith authority, winning by TKO in the sixth round after knocking him down three times throughout the fight.

Jimnez arrives as a favorite against Kevin Baldospino, a courageous boxer from Miranda de Ebro, of Ecuadorian origin, who has high morale to surprise the champion.

It will be the fourth Spanish championship of 2022, after Salvi Jimnez himself, the Andalusian scar daz in the super welterweight and Madrid Amin Hashim at welterweight.

Tags: boxing, sports Center
Benefits of practicing boxing | antenna 2
Boxing: Fury could return to the ring to face the winner of Joshua – Usyk
19-year-old fighter killed by a bullet in a bar – AGP Deportes
BOXING 3169

Loading...
Newer Post
Jorge Hao, before the opportunity to prolong his history in Pula Golf
Older Post
PGA Championship Golf 2022: Rahm has work ahead of him in Tulsa