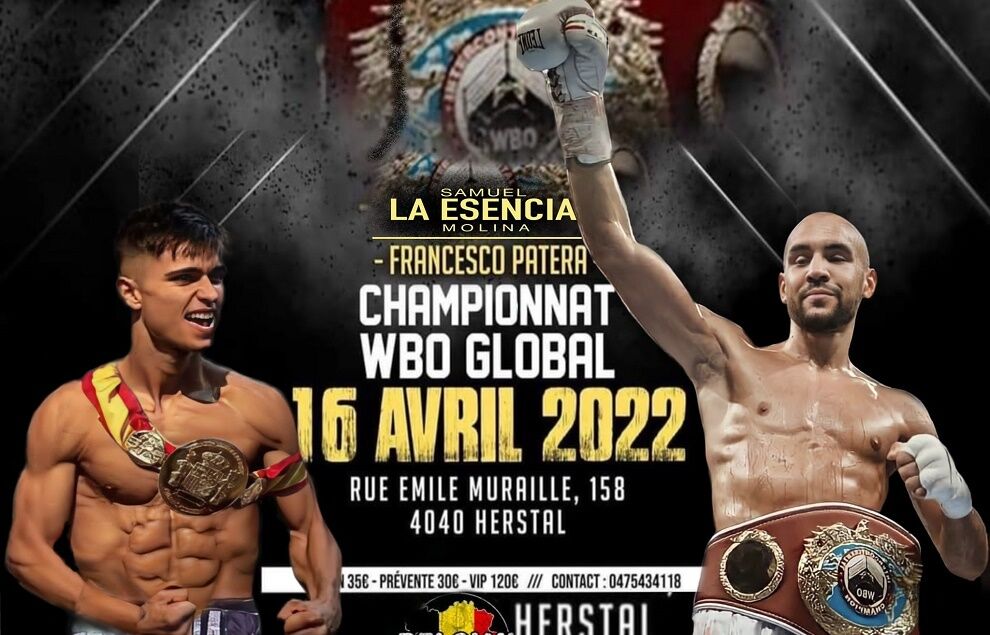 ANDhe malagueo Samuel Molina (19-1, 10 KO) has a very important fight next Saturday at the Omnisport Hall of La Pralle in Liège (Belgium) against t

The ten-round bout will be played for an intermediate WBO lightweight title that can launch Molina to the top of the European and world lists. Patera is number 1 in Europe and number 7 in the world body WBOso a victory by the young former Spanish champion, only 23 years old, will put him in an enviable position to compete for the European championship.

The Andalusian has been well prepared and knows that the fight will not be easy. “I’m going to beat youbut I can’t trust myself, he’s a boxer with great experience and I don’t want what happened in Germany to happen to me again”, comments the man from Malaga.

The fight he refers to was the one he played last September in which lost by KO in the fifth round, in his only loss to date. He clearly dominated the German Artem Harutyunyan, but a loose hand surprised him and brought him down for the final count.

Molina is highly motivated and trust in victory before Patera.