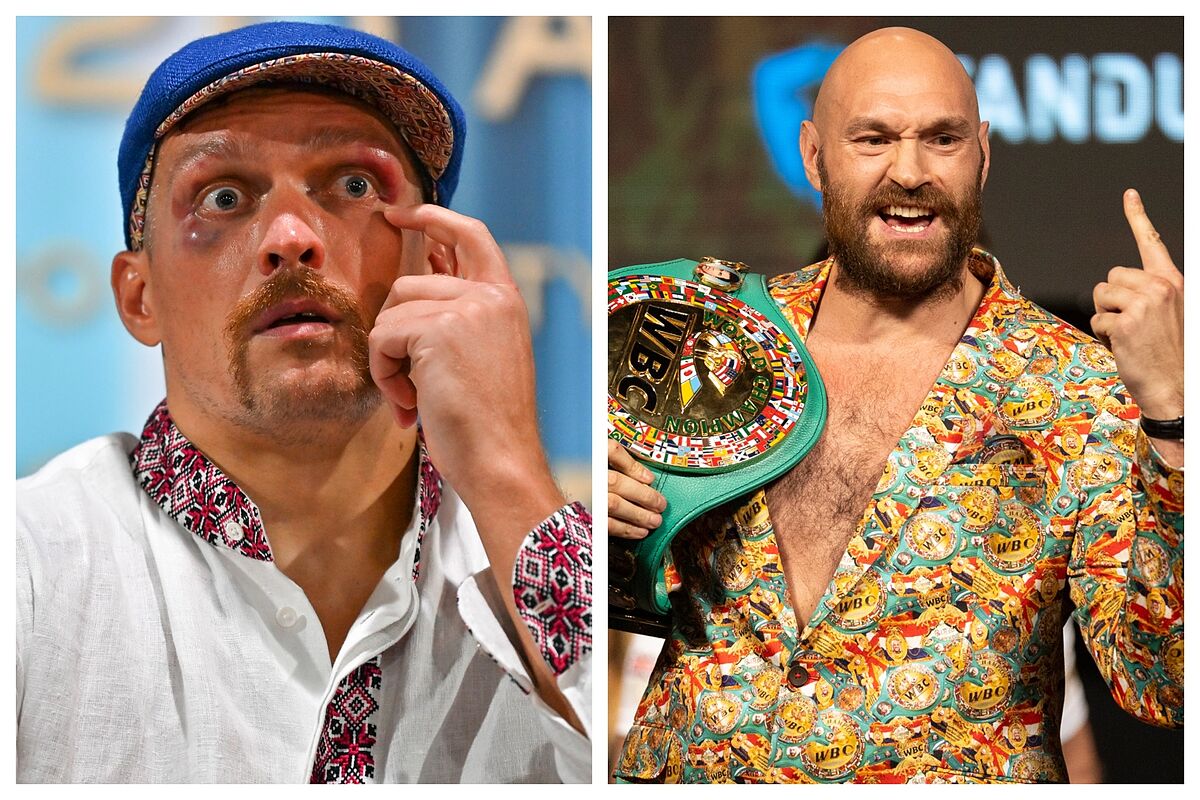 YoRegardless of who won, as soon as the fight between Oleksandr Usyk and Anthony Joshua was over, the logical question arose: when would the winner

YoRegardless of who won, as soon as the fight between Oleksandr Usyk and Anthony Joshua was over, the logical question arose: when would the winner face Tyson Fury? It didn’t matter if ‘Gypsy King’ had announced his retirement, because the clash of kings is something that boxing needs. Immediately, the Ukrainian challenged the still WBC champion, who replied that he is willing to get in the ring with him, but with a big check ahead of him.

heavy weight He hasn’t had an undisputed champion since Lennox Lewis. and, whenever this possibility can be given, the lack of agreement between promoters manages to avoid the duel. It never seems like a good time and there are never enough millions at stake. In recent years boxing fans have seen a Joshua vs. Wilder or to one’s own AJ vs Fury.

Now the ‘Gypsy King’ team assures that they are in talks to obtain a fight that carries a purse of more than 100 million euros, the one obtained by Usyk and Joshua in their second duel. Given the depth of the fight, on this occasion it is intended that the boxers and their respective teams 150 million euros are distributed.

According to the British newspaper Daily Mailthe fight will take place on December 17 in Saudi Arabia, that is, just the night before the final of the football World Cup, in Qatar. For the biggest boxing match in recent years, the top bidder is Saudi Arabia. As indicated by his sports minister after the fight last Saturday, which took place in Jeddah, “We are very interested in the fight for the undisputed heavyweight title”, and even added: “We would be interested in doing it in the city of Riyadh”. If the date of December 17 does not prosper, the event will probably be postponed for a few months.

Tags: sports Center, boxing
The Versace curse that hits boxing and MMA
Boxing: Dillian Whyte will be Tyson Fury’s next rival in March 2022
They will define the king of 135 pounds in boxing
BOXING 4191