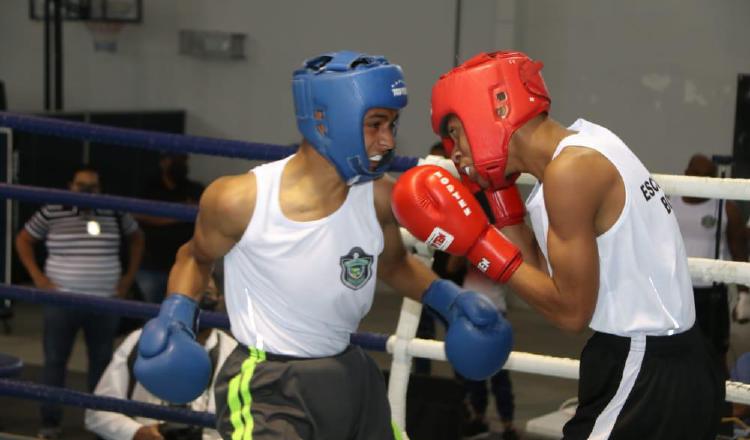 Young people from 13 years old who wish to train and practice boxing will have the option of having the boxing school in the National Police and which is based at the Atheyna Bylon gym.

At the opening of the boxing project there was an event of seven fights of young “amateur” teenagers to start the boxing school organized by the Ministry of Public Security (Minseg) through the National Police, as part of the prevention program “joining forces against crime” that takes place in the country.

Young people 13 years of age and older, from at least five Police schools and residents of San Miguelito, Curundú, El Chorrillo and San Miguel participated in this booklet with skills and abilities to avoid blows from different angles.

Víctor Martínez, is one of the promises of boxing who are present in these evenings,

Martinez, 13, has been practicing this sport since he was eight years old and seeks to grow in boxing as an athlete and as a person.

“I was on the streets for a while, but as I like boxing I decided to practice it because I have realized that it helps us not to lose ourselves and get away from vices. I appreciate all the support that the National Police has given me,” he said.

The young prospect, an admirer of former Nicaraguan champion Román “Chocolatito” González, aspires to one day be crowned world champion. For now, he has a record of three won fights, two by knockout and one by decision of the judges. ‘

It is the age that is at least stipulated, for boys in school.

were the fights that took place in the event that started the boxing school.

The Deputy Minister of Public Security, Ivor Pitti, explained that the creation of this school is aimed at prevention. “It is to attract talent from that youth through the programs of the security forces, to bring them here and see in this sport an opportunity to have a better future,” he said.

John Dornheim, director of the National Police, pointed out that the idea is to get children and young people who like boxing off the streets, bring them to the Atheyna Baylon gym facilities and give them a training with trained instructors, so that they know that they are can make a future.