Boxing: Sergio Garca takes the giant Fundora to the limit but falls to the points 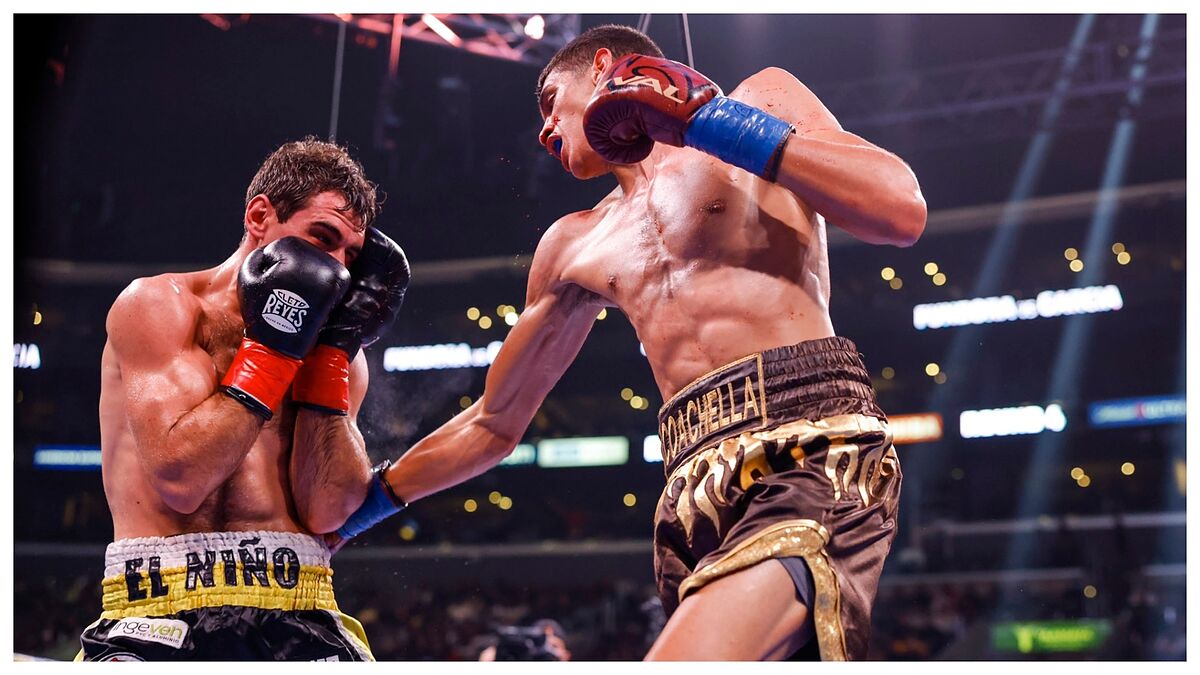 Updated 12/06/2021 - 08:02 Sergio garca proposed a great battle to the American giant Sebastin Fundora, although it was not enough for the judges

Sergio garca proposed a great battle to the American giant Sebastin Fundora, although it was not enough for the judges, who scored the victory in favor of the American pgil by unanimous decision (118-110, 117-111, 115-113). Much difference between some cards and others, especially if we take into account who carried the weight of the fight. Again, boxing was called into question again, after a closer fight than two of the men at the table reflected.

The Cantabrian, therefore, could not take advantage of the opportunity in this World Cup qualifier of the World Boxing Council (WBC), which would have made him a direct contender for the second most important belt of this body. In any case, the Spaniard left his business card in the United States, thanks to a performance in which he offered a boxing of many carats, with character and initiative, that bothered his enormous rival at all times.

‘El Nio’ carried the center of the ring almost at all times and even got to corner his opponent on many occasions, in order to be able to shorten the distance against a rival of enormous size (2.04) for the superwlter weight, what with his 1.97 and long arms avoided many problems and forced to risk. The Torrelavega boxer put a great pace into the contest so that Fundora, of Cuban parents, did not have much time to take his long limbs for a walk.

Sergio chased Fundora throughout the fight. It was difficult to be precise against an opponent who with the jab could put distance, but the pressure of ‘El Nio’ was remarkable. The Spaniard took very good shots and the statistics showed that both pgiles landed 23 power shots, although the judges only saw the good hands that the American threw.

The Cantabrian Sergio Garca, very well on guard, nevertheless fit in with total integrity the powerful left-handers of the left-handed Fundora, to whom he awarded the match without actually working as expected of the winner. Without a doubt, ‘El Nio’, who was the one who pushed the giant at all times and got very good combinations, will soon return to the United States.