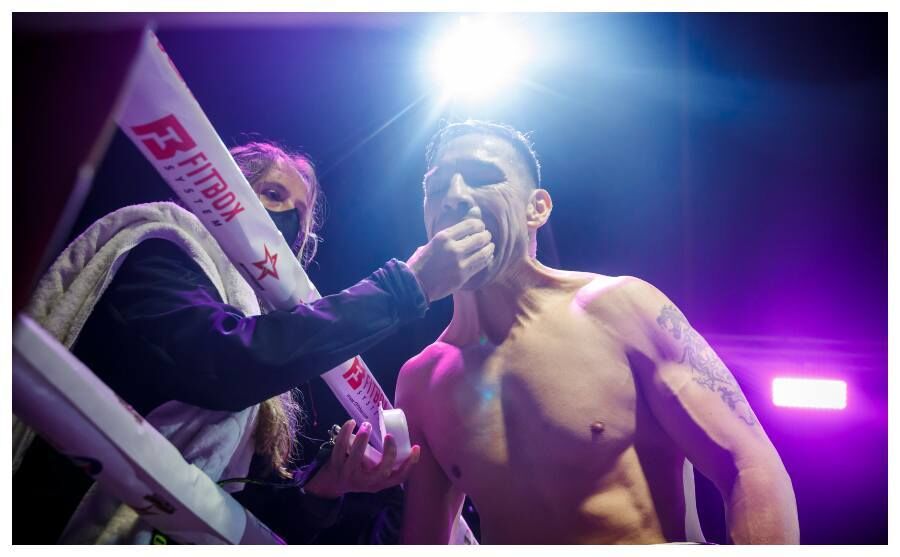 Cnull combat between the Spanish ngel ‘Golden Boy’ Moreno and Juan Hinostroza in Valdemoro (Madrid) in a European Flyweight Championship that was vacant. The Argentinian Sergio ‘Maravilla’ Martnez I beat the british Brian rose by unanimous decision on the same billboard.

Moreno came out taking the initiative. He fit hands of power from the beginning of the contest and took the center of the ring. Hinostroza, more collected, was forced to quell the effervescence of Madrid.

Confronted guards and tenacity, a boxing delight for the spectators present in Valdemoro. Neither of us tried to run away from the exchange.. Mobility and variety of angles on the part of the Spanish and power and backlash on the side of the Peruvian nationalized Spanish.

Moreno, more of a stylist than his rival, took work out of the body and successfully connected to the waterline. Going in and out, he tried to stifle Hinostroza&#8217;s approach, who sought an orderly contest. The Peruvian &#8216;caught&#8217; Angel with his hands down and knocked him down in the sixth round. Hinostroza began to grow and put his rival in trouble.

The Peruvian was clear on his roadmap and forced Madrid to make adjustments. Moreno, more cautious, took less risks, aware of the danger of the native of Oroya and he leaned on his footwork to push the opponent out of his comfort zone. The &#8216;Golden Boy&#8217; adapted, knew how to box backwards and made his rival miss through the distance.

Argentine Sergio &#8216;Maravilla&#8217; Martnez, at 46, was fresh and dynamic against British Brian Rose, ten years younger. Analytical both at the beginning, but with a more proactive and tactical Martinez playing the counterattack. In the second round Rose landed a curved blow on the Argentine that sent him to the canvas..

The British had not come to Valdemoro for tourism and took it upon himself to let the former champion know.. The pgil of Birmingham grew, Martinez, for his part, was constant, played with the feints and the &#8216;jab&#8217; to the body trying to get into the boxing of his rival.

Rose worked based on her right, but the Argentine was diminishing the English from the eighth episode. Martinez became more liked as the contest progressed at the same time that his rival was emptying the gas tank.

Adrin torres, in light heavy, he ran into Abdelkrim Zouad in his return to professionalism. The Algerian proposed more than the Spanish. Zouad made use of his great mobility and stifled Torres&#8217; boxing, which was returning after two years of hiatus. The judges also gave nil combat.

Iker Fernndez, brother of the former European super featherweight champion Jon fernndez, I entered the tea for you with the Russian Elkhan bairamov in the only supermedia lawsuit of the event.

Fernndez left a good feeling in his professional debut. He knew how to handle the distance and add enough dividends to take victory by decision.

In superlight category, Christian ledesma imposed, from start to finish, his law within the ring and won in his second professional victory on the fast track in the second round of the Nicaraguan Elias Prez, what a debut.

Tags: sports Center, boxing
Boxing: An Olympic boxing champion is sincere: “I had a hammer under the bed in case I had to help my mother”
Iker Fernndez has boxing in his blood
Yuberjen Martínez, boxing icon of Urabá
BOXING 894