Boxing: Shakur Stevenson already has two of the four crowns and aspires to more 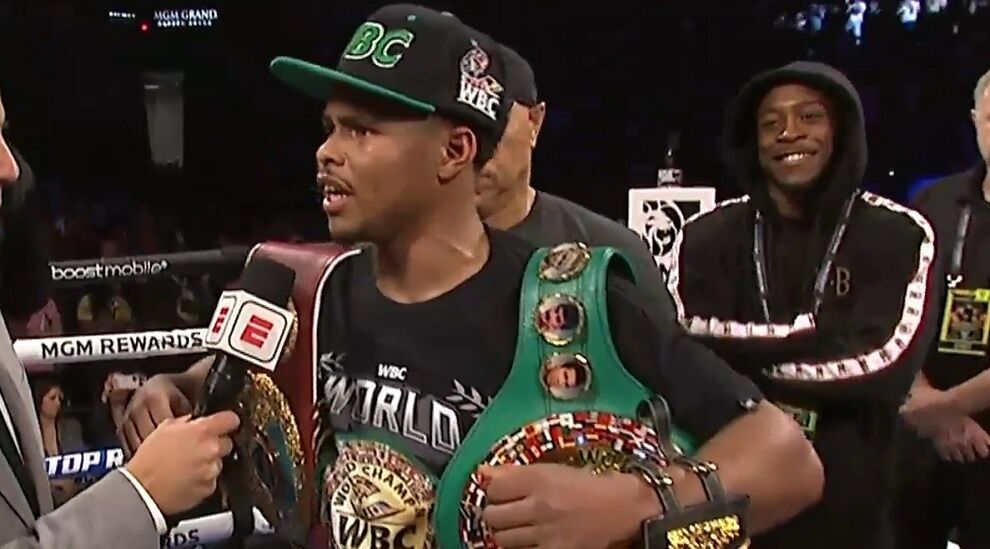 Tfollowing last night’s clear victory at the MGM in Las Vegas by the American Shakur Stevenson (18-0, 9 KO), WBO world champion, who managed to unify two of the four super featherweight crowns against the Mexican Scar Valdez (30-1, 23 KO), WBC champion, the four belts may soon be grouped into a single monarch.

Stevenson made Valdez lose undefeated status, dominated with good strategy and control from start to finish the harassment and pressure of the Mexican. At the beginning with a good jab job, then with precise combinations from behind.

The Olympic runner-up exposed the Mexican and his corner led by Eddy Reinoso, who did not use any other plan throughout the fight. Stevenson has left an excellent image and aims to be one of the stars of noble art in the near future.

So far, Stevenson has already been world champion in two weight divisionsfeather and super feather, being double champion in the second.

Shakur Stevenson is a very difficult boxer to neutralize in the ring and would start as the favorite to unify the four crowns against the other champions, the Venezuelan Roger Gutirrez (WBA) and the Japanese Kenichi Ogawa (IBF).

The Stevenson era beginsan elegant and intelligent boxer between the ropes, who with his youth and possibilities for improvement, aspires to be one of the best boxers of all weights, if not number one, in a not very long interval of time.

Tags: boxing, sports Center
Boxing: “Danger” Mansilla will go this Friday for a WBA title in Australia
Alexis Arguello lost his life due to a shot in the chest
Cuban Hugo Noriega continues his fast pace in professional boxing and reaches a 10-round fight
BOXING 3143

Loading...
Newer Post
Luna Park will have to wait for another boxing festival
Older Post
Fernando Alonso explains what legacy he wants to leave after retiring from Formula 1