Boxing: Shakur Stevenson and Jamel Herring: how they became stars 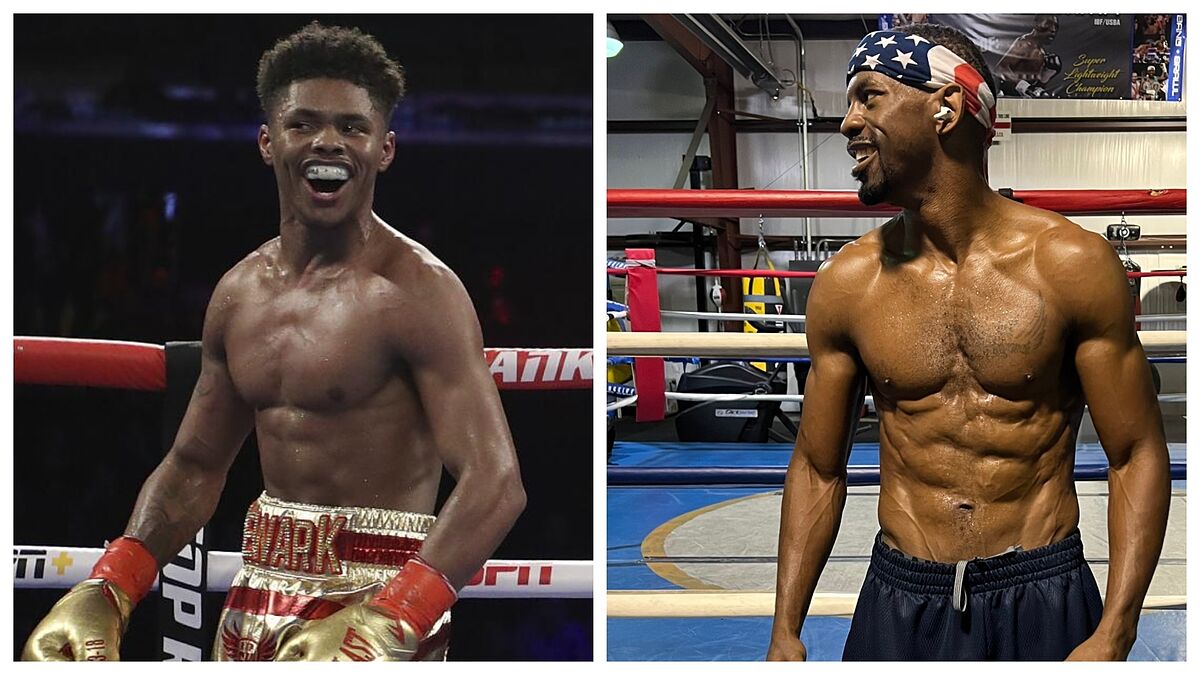 ANDn the early morning of this coming Saturday to Sunday, October 24 at the State Farm Arena in Atlanta, Jamel Herring will defend his WBO super fe

ANDn the early morning of this coming Saturday to Sunday, October 24 at the State Farm Arena in Atlanta, Jamel Herring will defend his WBO super featherweight title against Shakur Stevenson, with the latter as the favorite to win the fight for the 130 championship. pounds.

Ash-Shakur Nafi-Shahid Stevenson, better known as Shakur Stevenson, was born in Newark, New Jersey and is now 24 years old. He is a pgil already with many early achievements. He began his career by winning the AIBA Youth World Championships and the 2014 Summer Youth Olympic Games. He qualified for the United States Olympic Boxing Team facing Ro, where he later won a silver medal.

His talent and the early success of &#8216;Sugar&#8217; made him a prodigy prospect in the world of boxing. He signed with promoter Top Rank in 2017 and his manager is none other than Boxing Hall of Fame member Andre Ward. In 2019 he faced his biggest test, fighting his then-brother Joet Gonzlez, for the vacant WBO featherweight title.

The boxer is not only skilled, but has great punching power. He is undefeated after his first 16 fights and eight of them have come by knockout. In 2020, without having defended the title, Stevenson vacated the belt and moved to the super featherweight. The decision would turn out to be a good one as he defeated Jeremiah Nakathila to win the vacant interim title. &#8216;Sugar&#8217;, as he is known, was accused of starring in a boring and very defensive fight against an inferior opponent.

Herring has a backstory that could pass for a Hollywood script. The boxer, now 35, grew up in Coram, New York. At the age of four he was separated from his mother, Jeanine Herring, because, according to social reports, she sells drugs. He and his brother stayed with a family in Amityville, New York, for 18 months until their mother was able to regain full custody.

Growing up in Gordon Heights Park, New York, poverty and crime was a hard cycle to escape. Herring&#8217;s best friend, Stephen Brown, worked his way through the Marines and encouraged Herring to enlist. &#8216;Semper Fi&#8217; (Always Faithful, the motto of the Marines) will follow his friend&#8217;s advice and become a Marine. While his contemporaries were fighting and winning tournaments, Herring was in Iraq.

Jamel had gotten into boxing before joining the military, but as an active Marine, if he wanted to maintain his passion for the sport, he had to balance training with his service. Miraculously he did. In 2006, he joined the All-Marine Corps boxing team. In 2010, he won a silver medal at the World Military Games and won consecutive gold medals at the 2011 and 2012 armed forces championships as a sergeant in the US Marine Corps.

Herring will also qualify for the 2012 London Games. He was the first active duty member of the US boxing team since 1992. He did all of this while raising four children and dealing with a personal tragedy. The pgil&#8217;s first daughter, Ariyanah, was born on May 25, 2009. Two months later she will die of Sudden Infant Death Syndrome.

After stopping training and going through depressive moments, he acknowledged: &#8220;I remember telling myself that our daughter would not want to see me like this.&#8221; From his first professional fight in 2012, he rose to becoming a world champion in 2019 after defeating Masayuki Ito. He recently retained his title by defeating Carl Frampton.