Boxing: The beginning of 2022 brings with it a boxing evening at the SUM of Volunteer Firefighters 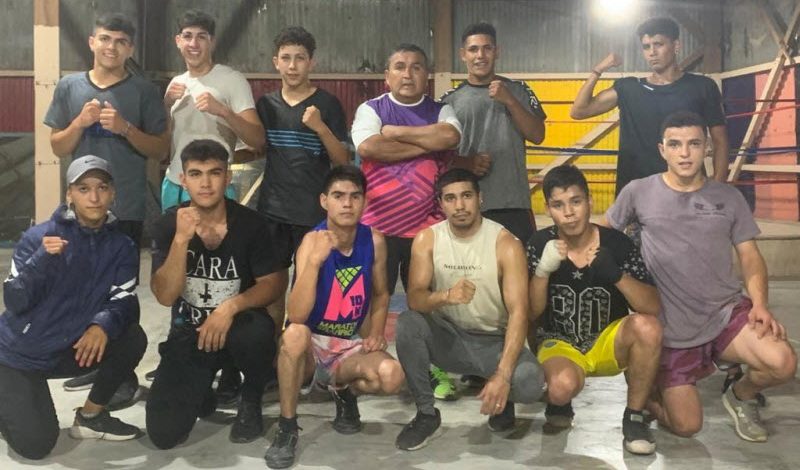 January 7 is the day set for the return of the boxing evenings to General Villegas. From the hand of the Municipal School of Boxing, led by Oscar

January 7 is the day set for the return of the boxing evenings to General Villegas. From the hand of the Municipal School of Boxing, led by Oscar «Caito» Valdebenito, there will be eight fights that will take place in the SUM belonging to the Volunteer Firefighters on Sarmiento street. Valdebenito will present several debutants in society, guys who have been training hard for some time and who want to make themselves known to their public. In addition, the evening will feature a professional fight, which will face Braian “Mojan” Farías from Villguena and Axel “El Salvaje” Alanís from Cordoba.

In the run-up to this great event, “Caito” went through the Ovation microphones, telling a little about this return after what was the great stop by the pandemic. «We are happy that boxing will return to General Villegas. We are going to be introducing a new breed of young guys, many of them newcomers. They have been preparing for a while. We have worked with some since the Copa de Leche, now these guys have grown up and are ready to show themselves, “he said.

The coach also revealed how the format of this great evening will be. “We will have a total of eight fights. One of them will be a professional long-distance fight with Braian Farías, a boy from Villegas, who has a good record and never fought in his city. It is a great opportunity both for him and for the rest of the guys who will fight on the seventh. Everyone is very excited. It is normal because there will be many newcomers in different categories, different weights and ages. We will try to give the best show and be at the level of the palate of this city, which is somewhat demanding. We have produced several good boxers and people expect us to continue in that vein. Let’s hope to measure up “, remarked Valdebenito.

“Caito” took the time to comment on the activities carried out at the Municipal Boxing School, which is not only attended by people who want to box. «A lot of people are going to our space. Many of them seek to improve their sports performance, get in shape or lose weight. This brings them to the gym, where we perform many recreational physical tasks. We have many schedules available, both for men and women. People are very satisfied with our work, that is why word of mouth is benefiting us and thanks to them we can have a little support. We also continue with the tasks in what is the glass of milk. Many boys are given a huge hand there. In that space they can recreate, have a snack and have good times together. We try to offer everyone different cultural or artistic activities, not just boxing, “he said.

The event will begin at 9 pm in the SUM of Volunteer Firefighters.

*It remains to define the rival of Tomás «Bear» Giacobane.

Which boxer did Mike Tyson bite and why? That’s how…
A class with Jero Step back and uppercut in boxing
“I just saw boxing as a job to get my …
BOXING 2656