Boxing: The harassment of Mike Tyson continues: a fan sticks a finger in his nose 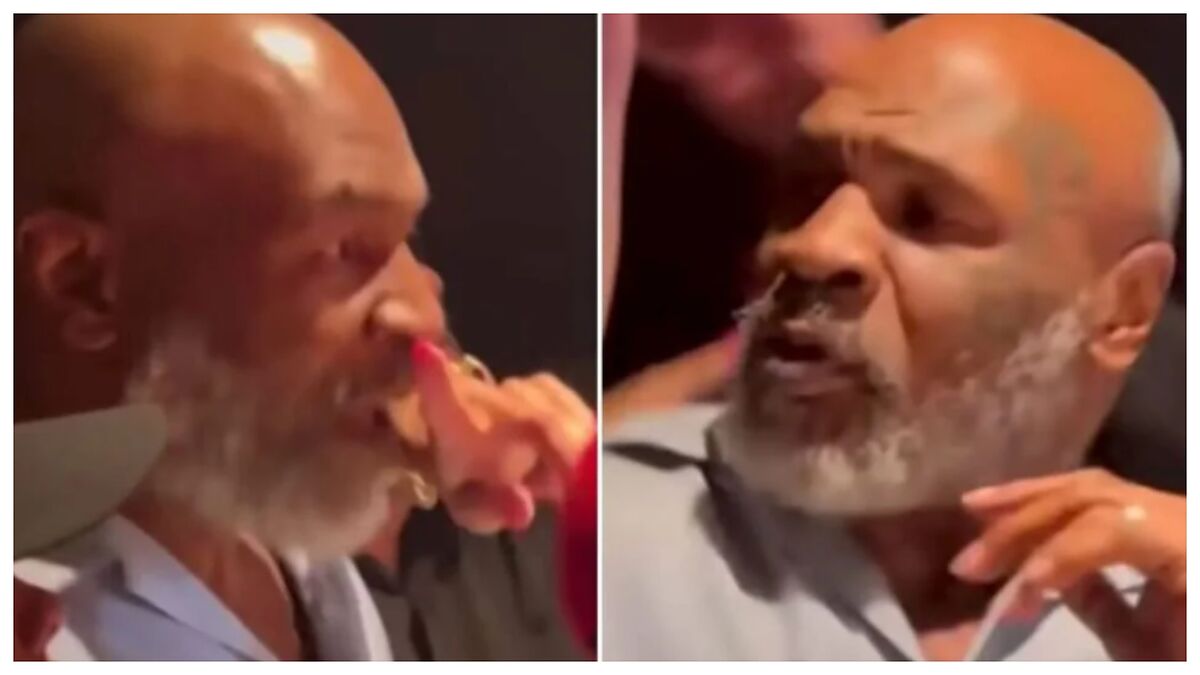 Qhe once known as 'The Baddest Man on the Planet' has been falling victim to overzealous fans in recent weeks. Just a few days after Mike Tyson ha

Qhe once known as ‘The Baddest Man on the Planet’ has been falling victim to overzealous fans in recent weeks. Just a few days after Mike Tyson had a physical altercation with a drunken fan on board a plane, a stranger chose to annoy ‘Iron Mike’ when he was posing for some photos with people just before leaving for the venue where the fight between Shakur Stevenson and Scar Valdez was taking place, in Las Vegas.

An unknown woman burst in from behind Tyson and put his finger up his nose of the youngest heavyweight champion in history, when he stopped to have some photos taken. This provoked a surprised and angry reaction from the 55-year-old boxing legend, though he quickly forgot the incident.

The woman in question apologized immediately when Tyson turned around: “I’m so sorry! I’m so sorry! I didn’t mean to do that,” she said, but the truth is that she did and it seems that upsetting whoever she was. Pupil of Cus ‘Amato.

Just in case, Tyson’s security team was nearby, just in case the situation had become more awkward.

Let us also remember that just over a month ago, the former champion lived another surreal chapter, when a man broke into the place where he was enjoying a monologue show, challenged him, took out a gun and then gave him a hug.

Tags: sports Center, boxing
Boxing: The desperation of the boxer Alba Ibarra in the corner: “I just want to get home alive”
Boxing: This Saturday we will be able to meet Canelo’s possible rival
Bob Harum compares Naoya Inoue’s power to Tyson Fury’s
BOXING 3163

Loading...
Newer Post
F1 2022: “Max Verstappen was stupid to brake on Lewis Hamilton”
Older Post
MMA announces, together with Corfo and Sofofa Hub, a program to accelerate the circular economy in Chile