Boxing: The Mountain from ‘Game of Thrones’ and ‘The Beast’ almost come to blows before their long-awaited match 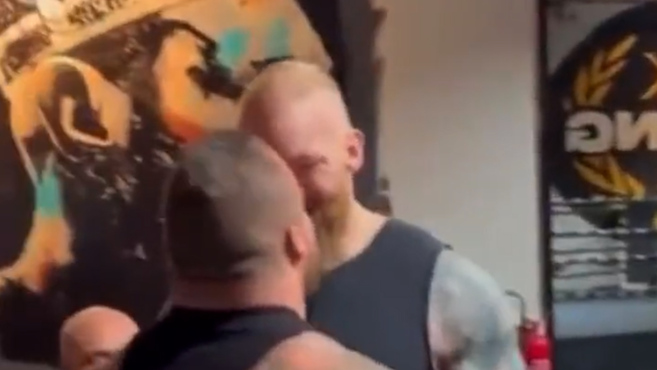 ANDhe fight of all fights for elucidating who is the strongest man in the world is already here. The expected duel, postponed last year, between T

‘The Mountain’ challenged Hall in May 2020 when he beat the Deadlift world record after lifting 501 kilogramsat Thor’s Power gym in Iceland. The fight was scheduled for the summer of 2021. It was finally set for September 18 at the VyStar Veterans Memorial Arena in Jacksonville. Eddie Hall was forced to pull out of the long-awaited fight against Thor Bjornsson by tearing his biceps during a workout. Hall, known as ‘The Beast’, had to undergo surgery.

Now the time has come for them to finally see their faces in a ring. LThe fight has been heating up these weeks to the point that they both met in the gym where they train in Dubi for the fight. The face to face ended between insults, spitting and threats.

‘The Mountain’ from ‘Game of Thrones’ debuts as a boxer

“I was getting ready to train when I got a message telling me that Eddie was five minutes away. I had no idea this was happening, it was a setup. Things got pretty heated and it ended with Eddie being dragged out of the building, seriously injuring someone involved, while trying to spit on me,” Bjrnsson explained.

“I really want to get in the ring with Eddie so we can settle this once and for all.without turning into a disgusting street fight, which is clearly what Eddie wanted after his clear lack of discipline in the exhibition this Tuesday,” said ‘The Mountain’.

Tags: sports Center, boxing
With changes, the boxing festival in Delmi is not suspended
Boxing: Pacquiao the weapon in the All-Star of the Philippine league: Triple shot on the buzzer to tie!
Boxing: Daniel Aquino will seek the Latin Silver title and the first as a professional
BOXING 4874