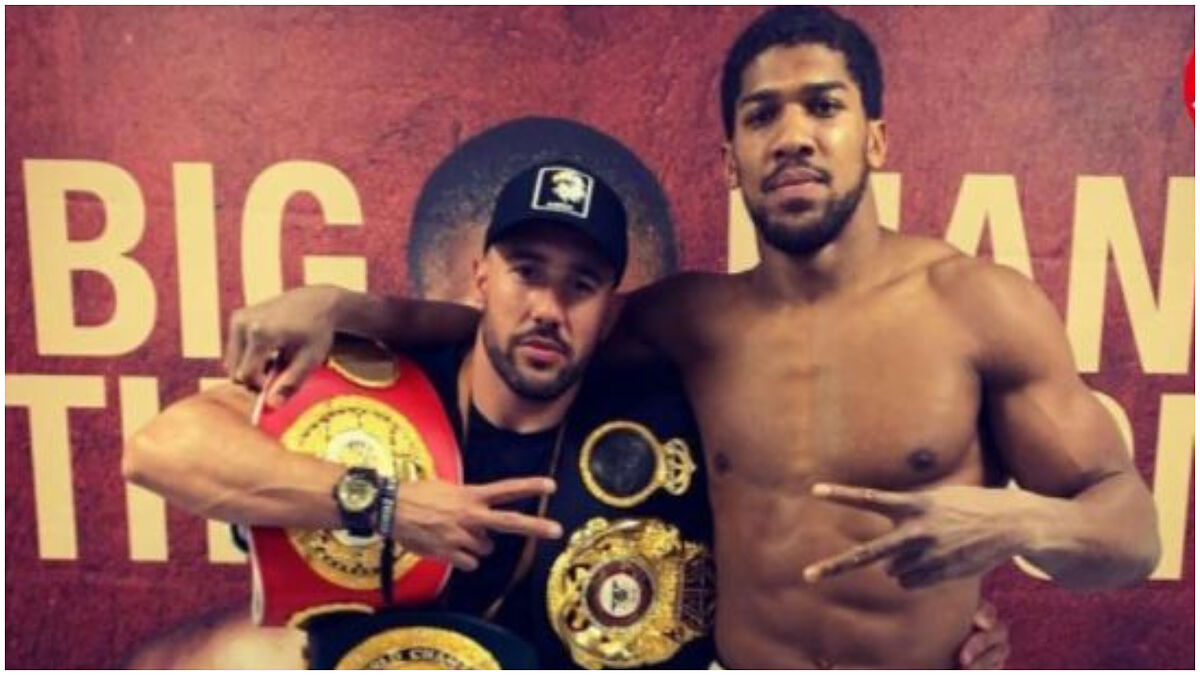 ANDhe spanish angel fernndez is the new head trainer for Anthony Joshua ahead of his rematch with Olek Usyk. Fernndez was hired by AJ as assistant

ANDhe spanish angel fernndez is the new head trainer for Anthony Joshua ahead of his rematch with Olek Usyk. Fernndez was hired by AJ as assistant coach after losing to Andy Ruiz three years ago. Now you take the reins of the preparation of the British boxer.

After lose to Oleksandr Usyk in September 2021Joshua began looking for a new trainer to work alongside Rob McCracken. “I’m working with Angel Fernndez right now. He’s been with me for the last three years. He’s my head trainer now,” Joshua told ‘Behind The Gloves.’

“I wanted my name to reach the top, but choosing the steps I took. I have been training professionals since 2018 and I dreamed that a boy from a small town in Galicia, who left home at the age of 18, would one day have a champion In 2018 I was nobody and now I have helped Anthony make history.”Fernndez pointed out in 2019 in an interview with MARCA.

At 18, Fernndez, who practiced kick boxing at the time, went to Lanzarote in search of a quality leap. There he tried to implement his boxing training and got hooked on this sport. From one island to another. He moved to London to settle with his English girlfriend: “When I arrived I did 10 fights as an amateur and at the same time I worked in event organization. But that was not enough to pay a mortgage and raise two children. At that time I was a bit depressed, because I could not be professional and I even went to therapy. My partner pushed me to get the title of physical trainer [hace unos seis aos] and then the coach [hace dos]”, he commented.

The fight between Joshua and Usyk was scheduled to take place between May and June but the Russian invasion of Ukraine forced it to be delayed. Usyk decided to enlist in the Ukrainian army to defend his country.

Tags: sports Center, boxing
Jake Paul Willing To Retire From Boxing If Dana White Accepts These Conditions | Sports Gossip 123
Mike Tyson confesses: “I am a drug addict and a recovering alcoholic”
Boxing: Golovkin: either victory or no trilogy with Canelo
BOXING 4182

Loading...
Newer Post
Formula 1: the considerable improvements that Mercedes will implement in the Bahrain tests
Older Post
La Jornada – Tatum and Middleton shine on Sunday in the NBA