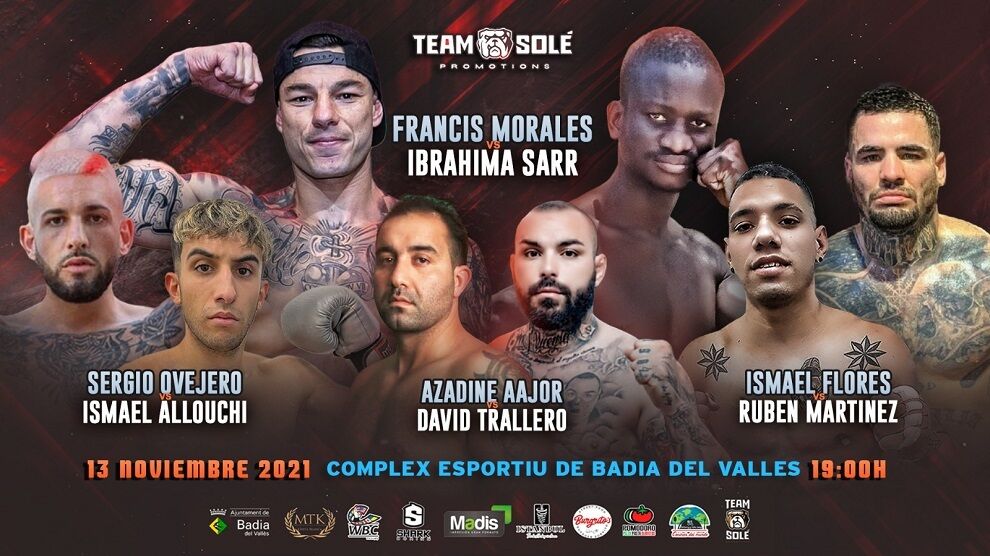 Four matches will be broadcast live on Marca:

First, the combat of K1 professional who dispute it Sergio Ovejero and Ismael Allouchi. Ovejero, from Badia del Valls, seeks a new victory.

And in boxing, in heavyweight, the Catalan Aazddin Aajour (4-1-2, 3 KO) and the Valencian David Trallero (2-0-1, 1 KO) face six rounds. Hard combat very even. Aajour ansa add the fifth victory in his palmars and Trallero a return that will bring him closer to the title of Spain in the heavyweight category.

At superwlterweight, four rounds, we have one of the toughest matches of the night. The Argentine based in Barcelona Ismael Flores (2-0, 1 KO) trained by the well-known angel Hugo &#8220;El Tren&#8221; Ramrez, faces the fierce Valencian Rubn Martinez (4-3, 3 KO). Fight of hard struggle.

And in the main event at wlterweight, the local Francis Morales (5-0-1, 1 KO) who takes another step on his way to the Spanish Championship faces the Senegals residing in the Canary Islands, Ibrahima Sarr (0-5).