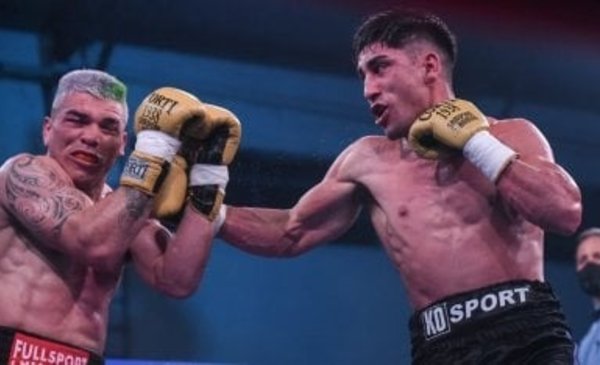 On his return to the ring, after more than 10 months of inactivity, the fighter from Bahia Gerardo Vergara did not disappoint, added a new vict

On his return to the ring, after more than 10 months of inactivity, the fighter from Bahia Gerardo Vergara did not disappoint, added a new victory in his personal account and extended the undefeated in his professional boxing career.

The Typhoon complied with the logic and defeated by points, by unanimous decision (78-74, 78-74, 79-73), David “La Herradura” Romero from Pinamar, in a fight agreed to for 8 rounds and developed last night at the Sports Center Municipality of Las Varillas, Cordoba.

The fan of Olimpo, current middleweight champion, had control of the ring and dominated the fight from the beginning until the final bell, against a rival who rarely managed to connect a couple of combinations.

Vergara’s response in those passages was immediate, taking his opponent against the ropes and harshly punishing a Romero who, despite his 18 defeats, exhibited good form and proved to be up to the task.

Although there was no title at stake, the fight represented a transcendental challenge for the boxer from Bahia, having to prove himself, physically and boxing, after overcoming the physical episodes (at first a tendinitis and then a fracture) that kept him away from the activity. .

In this sense, and thinking about the revalidation of the Argentine middleweight belt, the Typhoon, who reached 16 wins, cleared doubts (especially his own) and demonstrated his excellent form to continue the upward curve of his career.

“If everything goes well, next October 21 he will fight for the title again and in the city. In the meantime this possibility arose, which I will try to take advantage of to pick up the pace, since I haven’t fought for a long time. Although, like every fight, You have to be 100% prepared,” Vergara had told La Nueva a few days ago.

Cuban boxers escaped in Ecuador speak about their decision
Boxing: scar Garca Cano, the pgil who was the European champion with only nine fights
Natales returned to enjoy boxing
BOXING 4150