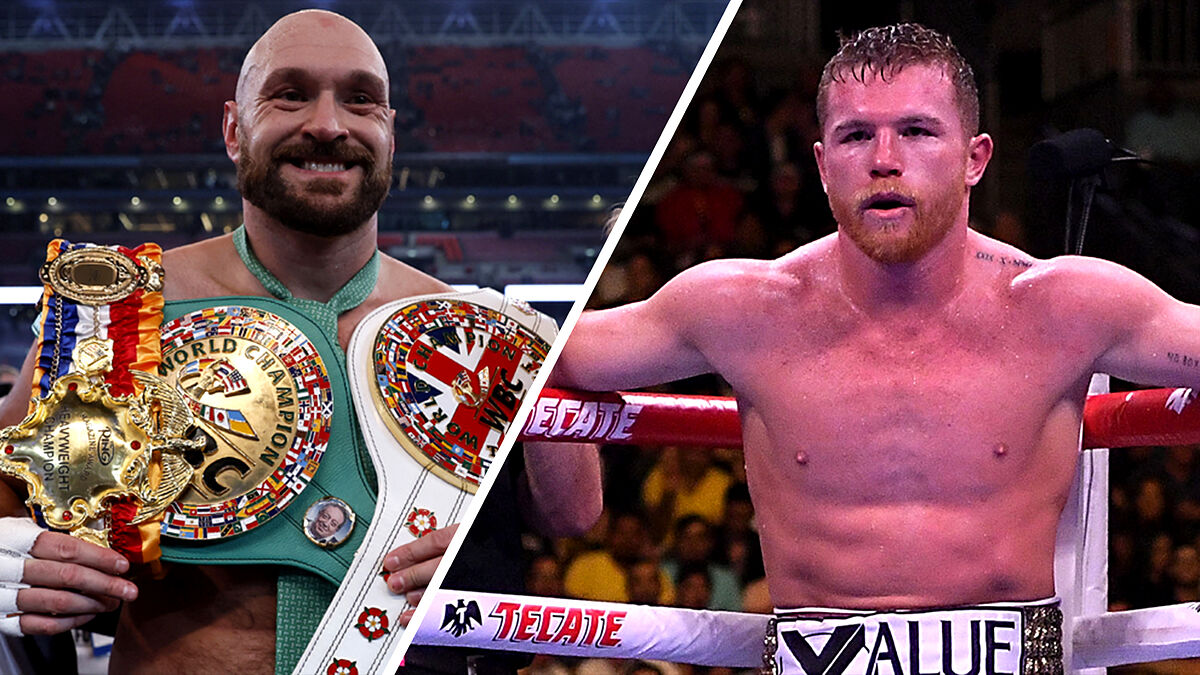 ANDlast saturday, Tyson Fury defeated Dillian Whyte via knockout having Wembley Stadium as a stage, and before 94 thousand attendees who chanted in

ANDlast saturday, Tyson Fury defeated Dillian Whyte via knockout having Wembley Stadium as a stage, and before 94 thousand attendees who chanted in style the triumph of the local boxer.

Days after that scenario, the ‘King of the Gypsies’ in an interview for talkSPORT stated grateful for the support of each of the fans who were present at the venue.

“Every single person deserves all the respect for coming out tonight and becoming a superstar in this country. I wouldn’t be anywhere without the fans. I have the best fans in the world, except none.”

under the same line, and In a clear reference to the Mexican boxer Saúl ‘Canelo’ Álvarez, he assured that the support he received shows that what the heavyweight champion has shown cannot be compared to what the man from Guadalajara has achieved in past presentations.

“I showed tonight that it’s the biggest stage in world boxing. There’s no little guy that can compete with the heavyweight champion of the world. I think the little guy in America sold 72,000 tickets at AT&T Stadium, so that was unbelievable, thank you very much to all”, mentioned ‘The Gypsy King, referring to the fight between Canelo and Billy Joe Saunders, which had 73,126 attendees at AT&T Stadium, breaking the record for the most attended boxing show in an indoor venue in the United States.

This comment by Fury adds to those previously said by the Englishman last week, when he mentioned that, Despite Canelo’s level, he considers it “garbage” that he is considered the best pound for pound.

“Ranking is not real. I don’t do things that aren’t real. Canelo is not my size and I can never be Canelo’s size. It’s like saying: if I have a jet pack attached to my back and I add wings , will I be able to fly faster than a plane? Then the ranking debate is rubbish”he declared.

Tags: Claro-mx/other-sports/boxing
Boxing: Historic! Cuba returns to professional boxing
Canelo vs. Usman: Dana White on a possible Usman fight against Canelo or Fury: “They are stupid, it is a waste of time, energy and money”
Boxing: Floyd Mayweather returns to the ring to fight Don Moore
BOXING 3636