Boxing: Tyson Fury makes his offer to Anthony Joshua: “A 60-40, take it or leave it” 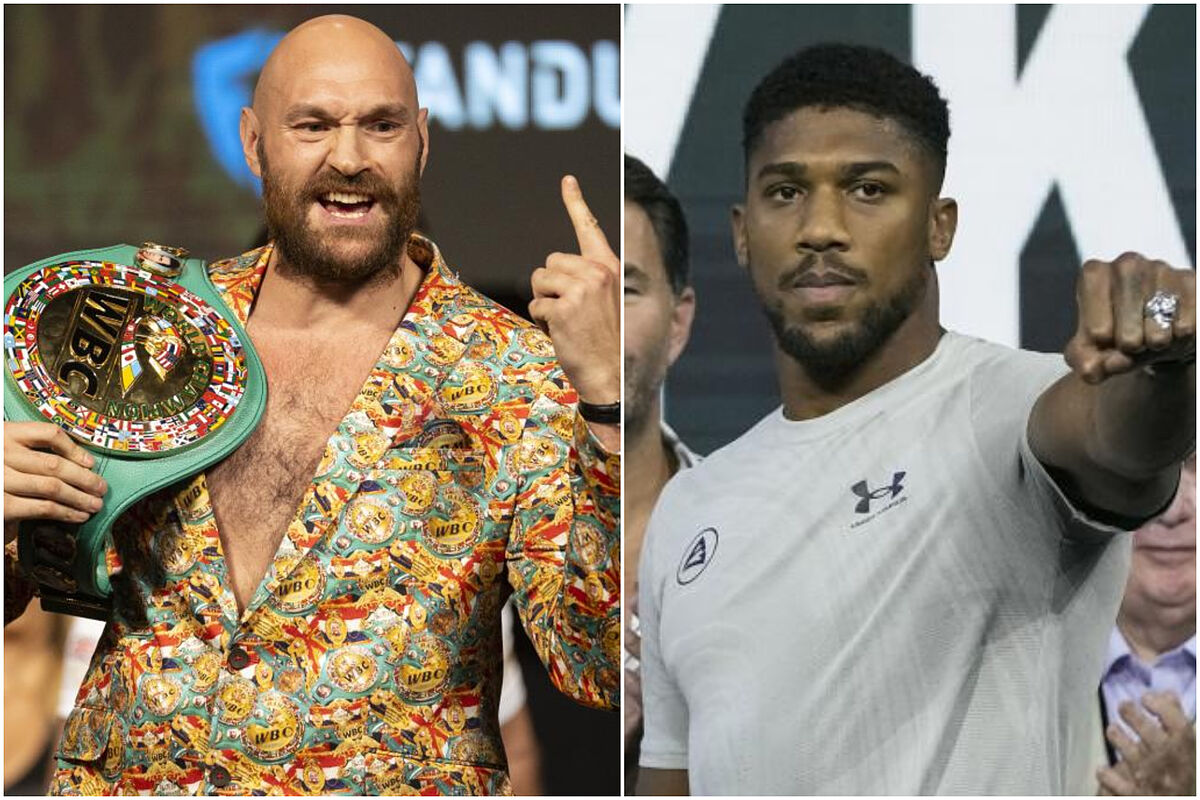 Tyson fury challenges Anthony Joshua to a fight before the end of 2022. "I know you just lost a fight with Usyk, I would like to give you the oppor

Tyson fury challenges Anthony Joshua to a fight before the end of 2022. “I know you just lost a fight with Usyk, I would like to give you the opportunity to fight me for the WBC world heavyweight championship in the coming months,” ‘Gipsy King’ communicated in a video that he launched on his social networks.

Shortly after he accompanied it with another message on Twitter. “What do you say Big G? Let’s give the fans what they want, since Usyk is complaining? I have the date and the place. Who will rule Britain?

Joshua replied to Fury to show his willingness to step into the ring and greenlight this match: “Yeah, don’t worry. I don’t participate in online discussions just for influence, so if you’re really into it, yell. Be ready in December.”

Following Joshua’s response, Fury has used social networks again to finalize the economic offer of the fight: “I get bombarded with messages about how much I’m going to pay AJ. Everybody says ’80-20, 70-30, 75-25′; the real answer is I offered 60-40. 40 percent of this incredible fight because I want this fight to happen. Now you have no excuse not to take it, you can’t say I’ve lowered it or offered you 20 percent. Take it or leave it, let us know.”

“You’re coming off a 12-round fight, so be prepared. I’m offering you a fight in a couple of months. If so, I will send you more information and we can fight. A Great Britain fight for the WBC World Heavyweight Championship. Let me know if you’re interested, if not pick another opponent,” Fury snapped.

The decision of the Ukrainian boxer not to get into the ring in the remainder of 2022 It has motivated Fury to look for other candidates to put his belt on the line. And Joshua has been his first choice. A few days ago, Fury had already announced that he was willing to fight Anthony Joshua for free, while for a fight with Usyk they should offer him 500 million dollars.”

Loading...
Newer Post
Porsche’s arrival in Formula 1 is complicated
Older Post
F1 2022: New calamity for Ferrari: they get stranded at the foot of the road on the way to Monza